Kyrie: Happy to thrive on pressure with KD out

Vogel: Not feeling ‘under siege’ amid job chatter 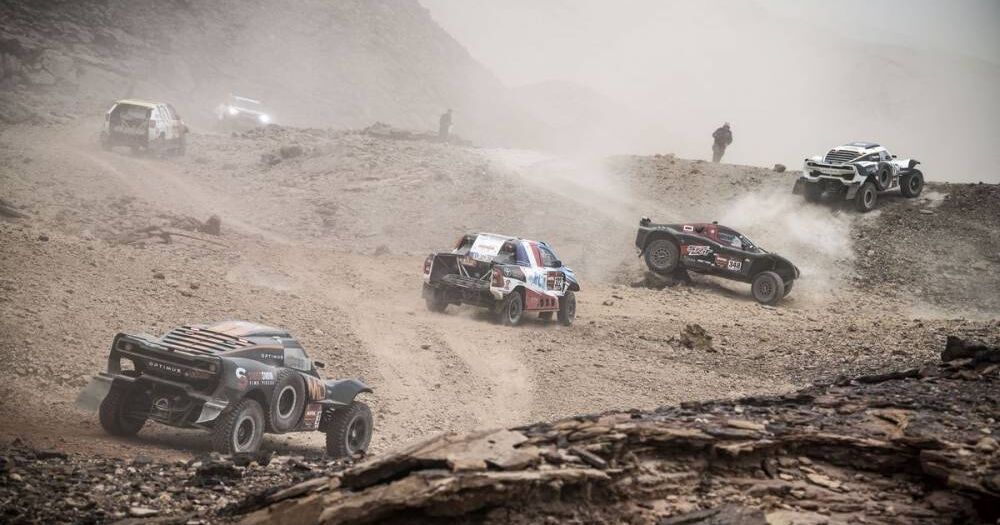 Security measured have been stepped up in Saudi Arabia, following a car explosion in Jeddah that resulted in injuries to French driver Philippe Boutron before the start of the Dakar Rally.

The other personnel in the car with him were uninjured, while Boutron suffered leg injuries.

David Castera, from the organisers ASO, updated France 4 on the situation, saying that malice couldn’t be ruled out at this time.

„A Team Sodicars support vehicle, on leaving the hotel, was suddenly immobilised, probably by an explosion, and the vehicle caught fire,“ Castera said.

„There were six people on board, among them an injured person, Philippe Boutron, who has a very serious leg injury. He underwent surgery today, he is better and he should return to France in the next few days. We are obviously thinking about him at the moment.

„In this context, the Saudi authorities have mobilised and are conducting a very thorough investigation. Pending an answer, we can’t rule out an act of malice, so we have decided with the authorities to very forcefully increase the security measures on the rally.“

With Boutron escaping serious injury in the frightening incident, the FIA have moved to issue a statement voicing their trust in local authorities to reinforce the security in place in Saudi Arabia.

A press release from the ASO read that „the entire route, the hotels and the bivouacs will therefore benefit from a significant increase in security. In this context, we ask you to observe the greatest vigilance,“ with the FIA response coming on Sunday morning.

„The FIA gives full support to the French driver Philippe Boutron, injured in the explosion of a vehicle assistance before the start of the Dakar Rally in Jeddah, and wishes him a speedy recovery,“ read the statement.

„The FIA trusts the local authorities to get to the bottom of what happened and to continue to ensure the safety of the race in link with the organisers.“

Jeddah recently played host to the inaugural Saudi Arabian Grand Prix in Formula 1, while Riyadh has also hosted a recent race in the Formula E Championship.

The 2022 Dakar Rally, one of the world’s most renowned endurance events, takes place in Saudi Arabia and runs until January 14.