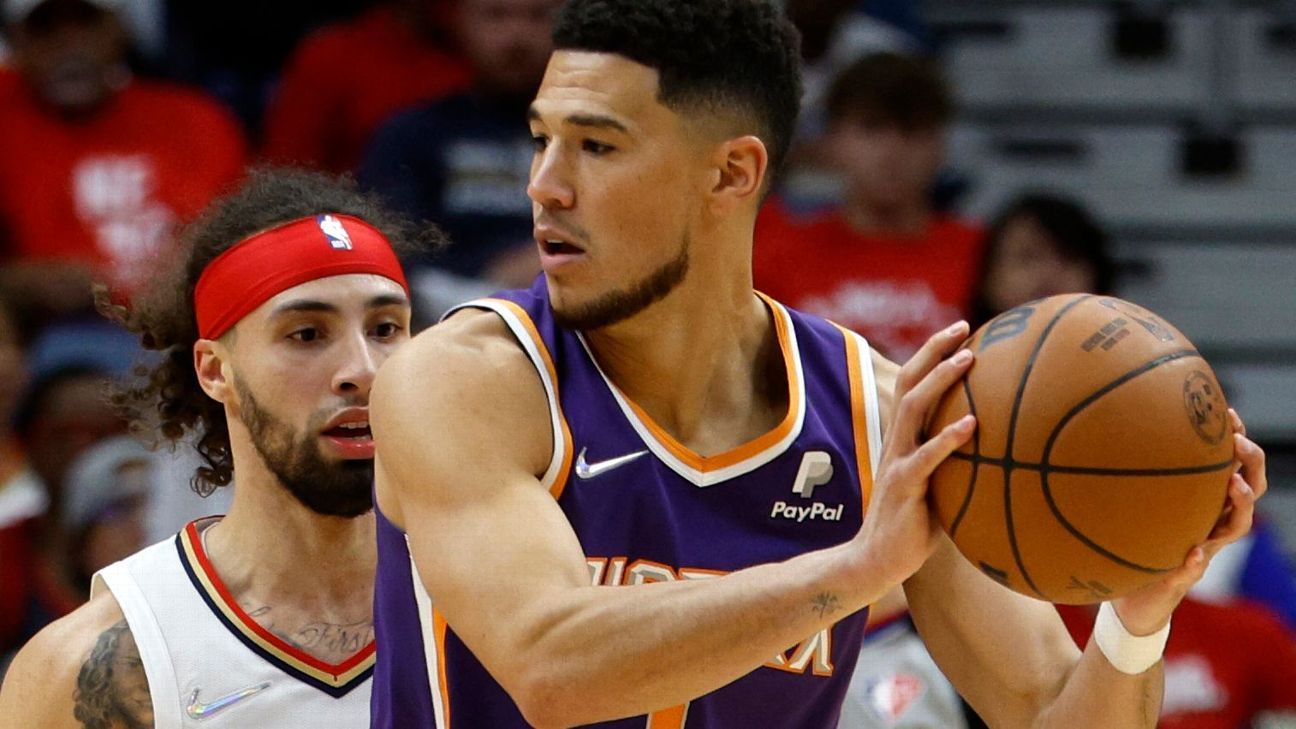 The Phoenix Suns have been fined $25,000 for failing to disclose Devin Booker‘s injury status for their Game 6 first-round win over the New Orleans Pelicans in „an accurate and timely manner,“ the NBA announced Saturday.

Booker suffered a Grade 1 sprain to his right hamstring in Game 2 against New Orleans after scoring 31 points in the first half.

The All-Star guard was out of the lineup for nine days, missing Games 3-5, before returning for Game 6 on Thursday.

Booker scored 13 points on 5-for-12 shooting (1-for-6 from 3) in his return, adding five rebounds and three assists in 32 minutes in the win.

„I thought he was fine,“ Suns coach Monty Williams said after practice Saturday when asked about how Booker’s hamstring held up. „When I talked to him, he was straight with me, like, ‘Coach, I’m fine, I feel strong.’ But when you watched the film, he did find places where you saw he might go or he might run full speed back in transition – it wasn’t like he was cheating the game, he was just more efficient.

„He hadn’t played in over a week, so that probably had a lot to do with it, but in the second half I thought I saw more of an effort to just play. And we needed it.“

Phoenix, the Western Conference’s No. 1 seed, hosts the No. 4-seeded Dallas Mavericks in the conference semifinals starting with Monday’s Game 1.