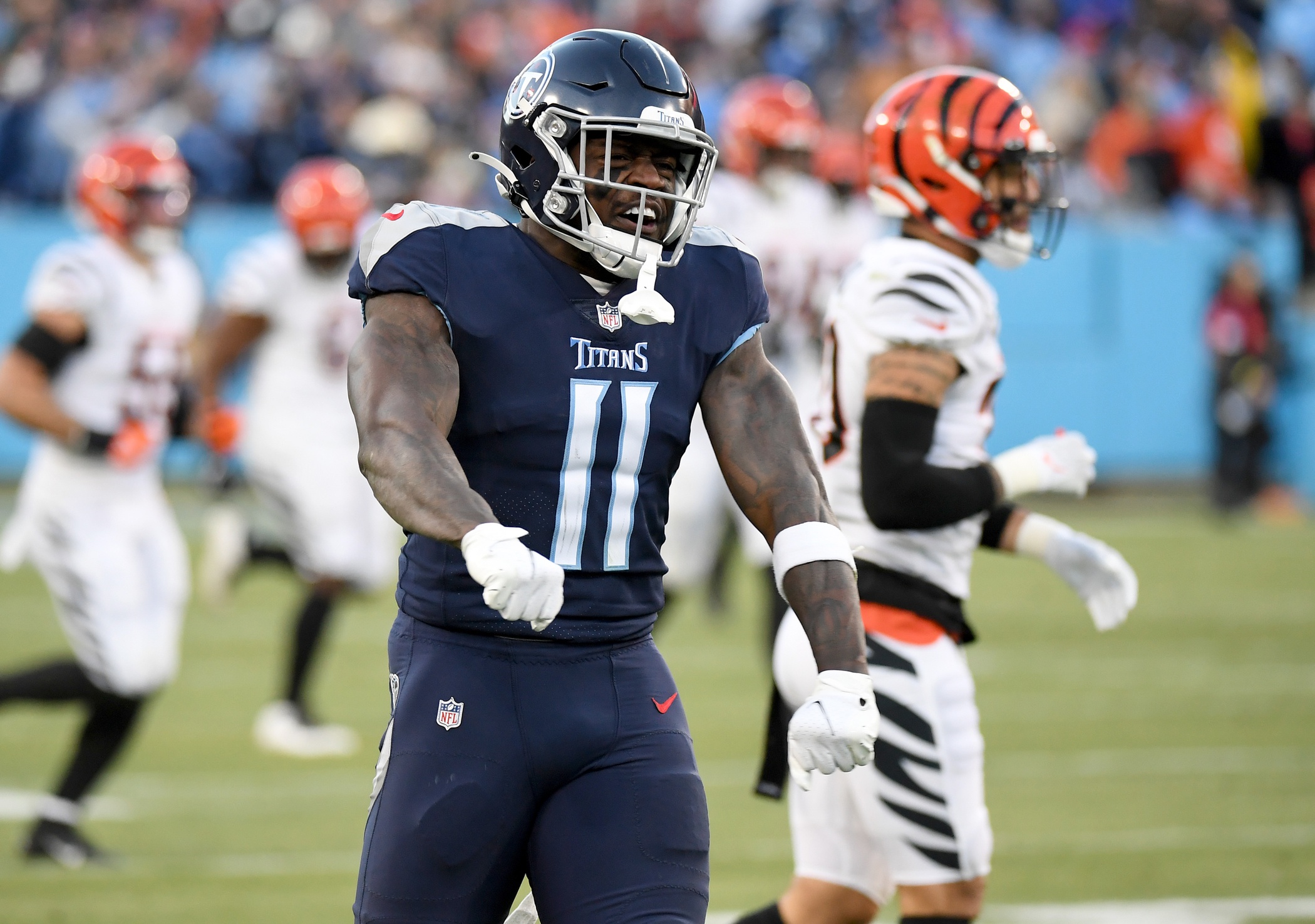 The 2022 NFL Draft has come and gone, and while hundreds of rookies have found new homes, several veteran players have also been impacted by the moving and shaking of depth charts. The impact of the NFL Draft is going to be felt by players on every team, but some notable names will be winners and losers more than others.

The NFL Draft presented some legitimate drama on Day 1 and Day 2. While there were some big first-round trades involving veteran wideouts, the rest of the draft was mostly about the youth movements.

Let’s take a look at the veteran players most impacted by the selection process.

The Philadelphia Eagles traded the 18th and 101st overall picks to the Tennessee Titans for wideout A.J. Brown, one of Hurts’ best friends. With Hurts facing a make-or-break campaign, having a legitimate X receiver to complement DeVonta Smith at Z is a huge win for the young QB. Also, in the long-term scope, the Eagles’ second-round pick of Cameron Jurgens could benefit Hurts in the long haul.

After being matched with a subpar offensive roster as a rookie, Zach Wilson got some legitimate help this weekend. The Jets selected Ohio State wideout Garrett Wilson in the first round and Iowa State running back Breece Hall in Round 2. If Zach Wilson can grow with Garrett and Hall, the Jets will have a terrific outlook for the future.

Not only did the Houston Texans keep their word by not upgrading over Mills at QB, but they also added a pair of strong weapons to the offense in John Metchie III and Dameon Pierce in the middle rounds. The Texans also helped Mills by making the defense significantly better, especially in the secondary, with the early picks of CB Derek Stingley Jr. and S Jalen Pitre.

The Washington Commanders hooked Carson Wentz up with some quality toys in the draft. First, they selected wideout Jahan Dotson, who is raved about by his former Penn State QBs. Then, the Commanders stole Alabama running back Brian Robinson Jr. in the late third round. The Commanders also added tight end Cole Turner and didn’t select a young QB until the fifth round with Sam Howell. The Commanders have truly invested in Wentz.

After spending three years in a run-first, tight end-heavy offense in Baltimore, Brown is now headed to the spread offense of the Arizona Cardinals. Brown will be reunited with college teammate, QB Kyler Murray, who will air it out for Brown with regularity. The Cardinals probably overpaid for the wideout with a first-round pick, but that’s not Brown’s problem.

It was a great weekend for Winston. He got a new top-tier wideout in Chris Olave and then a new left tackle in Trevor Penning, who is a wicked bully of a bodyguard. Winston also doesn’t need to worry about being upgraded or succeeded by a young QB, as the Saints passed on all of them.

Yikes! This weekend probably left a lot of veteran players disappointed, whether because of a lack of roster upgrades on their side of the ball or movement of themselves on the trade market.

The saga continues! The Cleveland Browns have remained steadfast in not giving away Baker Mayfield this offseason after trading for Deshaun Watson. While their leverage and list of potential suitors continue to dwindle, Mayfield remains grounded in Cleveland. Really, Seattle might be Mayfield’s only remaining hope, even if he’s cut.

If Deebo Samuel is really interested in leaving San Francisco, all hope should have been lost by Friday. The 49ers stood firm on keeping the do-everything wideout, and he will now play out his rookie deal in the NFC West. Well, there could be worse things than playing for a Super Bowl contender that values you.

After skipping voluntary workouts, Ryan Tannehill will have a new notable teammate in the QB room. Malik Willis fell to the third round, and the Titans took advantage. Now, Tannehill will have to mentor Willis as the young QB tries to creep up the depth chart. That’s not an ideal situation.

The Las Vegas Raiders declined Josh Jacobs’ fifth-year option on Thursday. On Saturday, the Raiders added his likely heir apparent, Zamir White, in the fourth round. Look, White isn’t going to immediately push Jacobs out of the lineup, but the combo of a declined fifth-year option and a fourth-round running back aren’t all that advantageous for the former first-round pick.

A kicker on this list? Yeah. When a team uses a fourth-round pick on a kicker, the incumbent specialist is as good as gone. The Browns, who are in win-now mode, took the only drafted kicker, Cade York, at the start of Day 3. Chase McLaughlin, who has bounced around the league, knows the deal from here.

Poor Mitchell Trubisky. After spending free agency as the QB1 in Pittsburgh, he’s now got to deal with the sole first-round QB in the draft. Kenny Pickett starred at the University of Pittsburgh, so not only is Trubisky going to have to outduel him, but he’ll also need to hold off the chorus in the crowd pushing for the former Panther. This is another tough break for Trubisky.

Прочети:  Sources: Ouachita Baptist corner Gregory Junior has nine total visits and workouts, could be first player from his school to be drafted