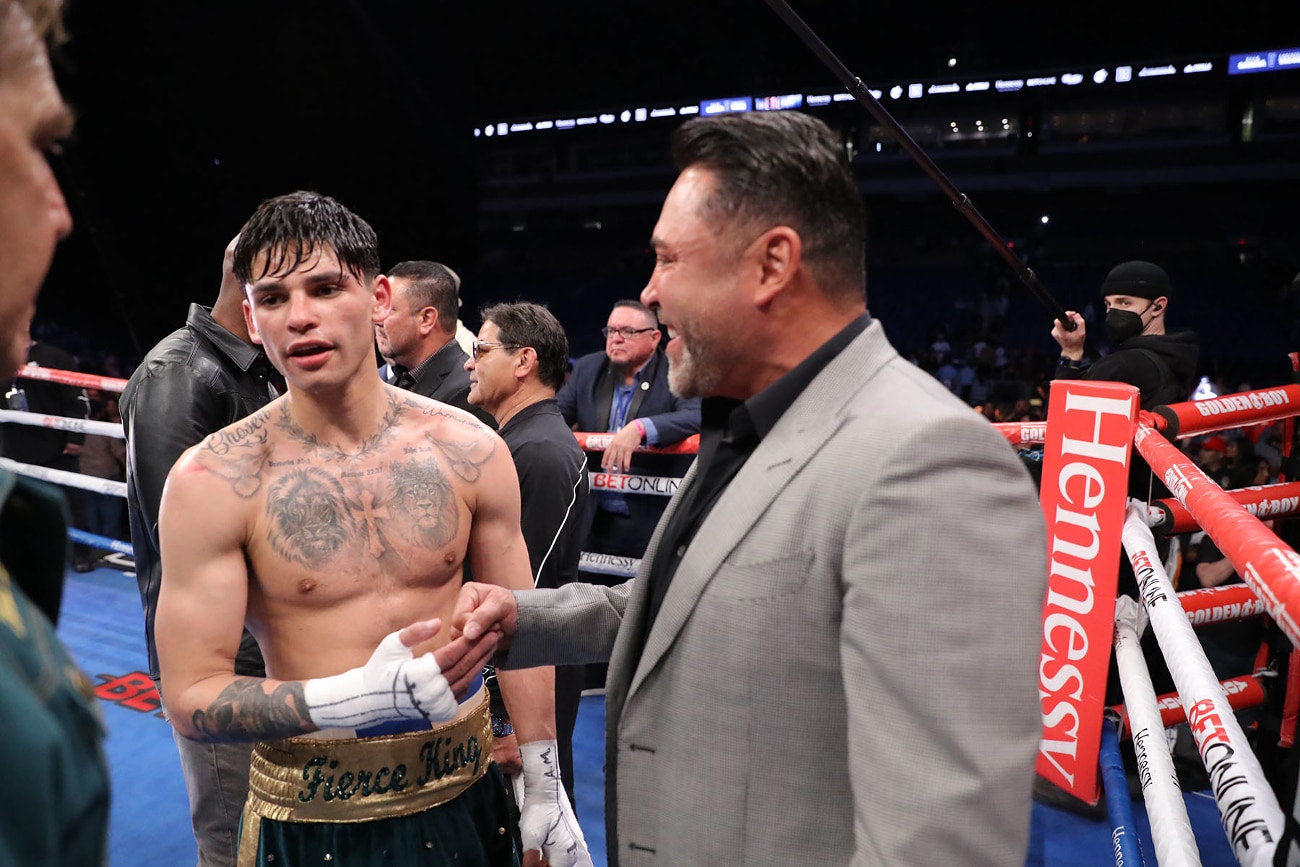 By Jim Calfa: Undefeated lightweight contender Ryan Garcia announced last weekend that he’d be returning to the ring this summer on July 16th against an opponent that he says the fans will be eager to see him.

If it’s Cruz, there’s an excellent chance that Ryan loses to him because he’s a solid old-school warrior with power and an inside game second to none.

Ryan has no inside game to speak of, and he shies away from the contact of any kind, causing boxing fans to suspect that he’s hiding punch resistance issues.

In Ryan’s last fight, he defeated obscure 33-year-old fringe contender Emmanuel Tagoe on April 9th, and the battle was anything but enjoyable to watch.

“My next fight is on July 16th. You guys are going to love this one,” Ryan Garcia told iFL TV. It’s hype, got everything to it, and this is going to be a good one. Oh yeah, 1000 percent.”

With the money that Ryan Garcia will make fighting WBA ‘regular’ lightweight champion Gervonta ‘Tank’ Davis later this year on Showtime pay-per-view, it doesn’t seem realistic that he and his promoters at Golden Boy will risk losing out on that dough by taking on Pitbull Cruz.

Ryan isn’t good enough to be counted on to beat Cruz because he would need a chin and more aggressiveness to win a fight like that. You can argue that Ryan lacks the punch resistance, toughness, and seasoning required to beat a Pitbull Cruz’s pedigree fighter.

Golden Boy Promotions boss Oscar De La Hoya has shown interest in the past in a fight between Ryan and Jojo Diaz (32-2-1, 15 KOs). That’s a fight that would still interest the boxing fans from the Southern California area, but probably not elsewhere.

Diaz, 29, has won only one of his last three fights and looked poor in his previous fight against WBC lightweight champion Devin Haney last December.

Haney easily outboxed the slower and smaller Diaz, taking advantage of his low punch output to win a lopsided 12-round decision. Still, if it’s only about money, Ryan and his promoters, Diaz is a logical choice because it’s a fight that would interest Californians.

Also, it’s a safe one for Ryan because Diaz lacks the power for the 135-lb division. Power-wise, Jojo hits like a featherweight, a weight class that he competed in from 2015 to 2018.

Maxi Hughes (25-5-2, 5 KOs) is one of Matchroom Boxing promoter Eddie Hearn’s fighters, and he recently brought up the idea of putting a fight together between him and Ryan for the summer.

Hughes is in the same mold as Jojo Diaz in terms of power, meaning he’s not a threat to beating Ryan.