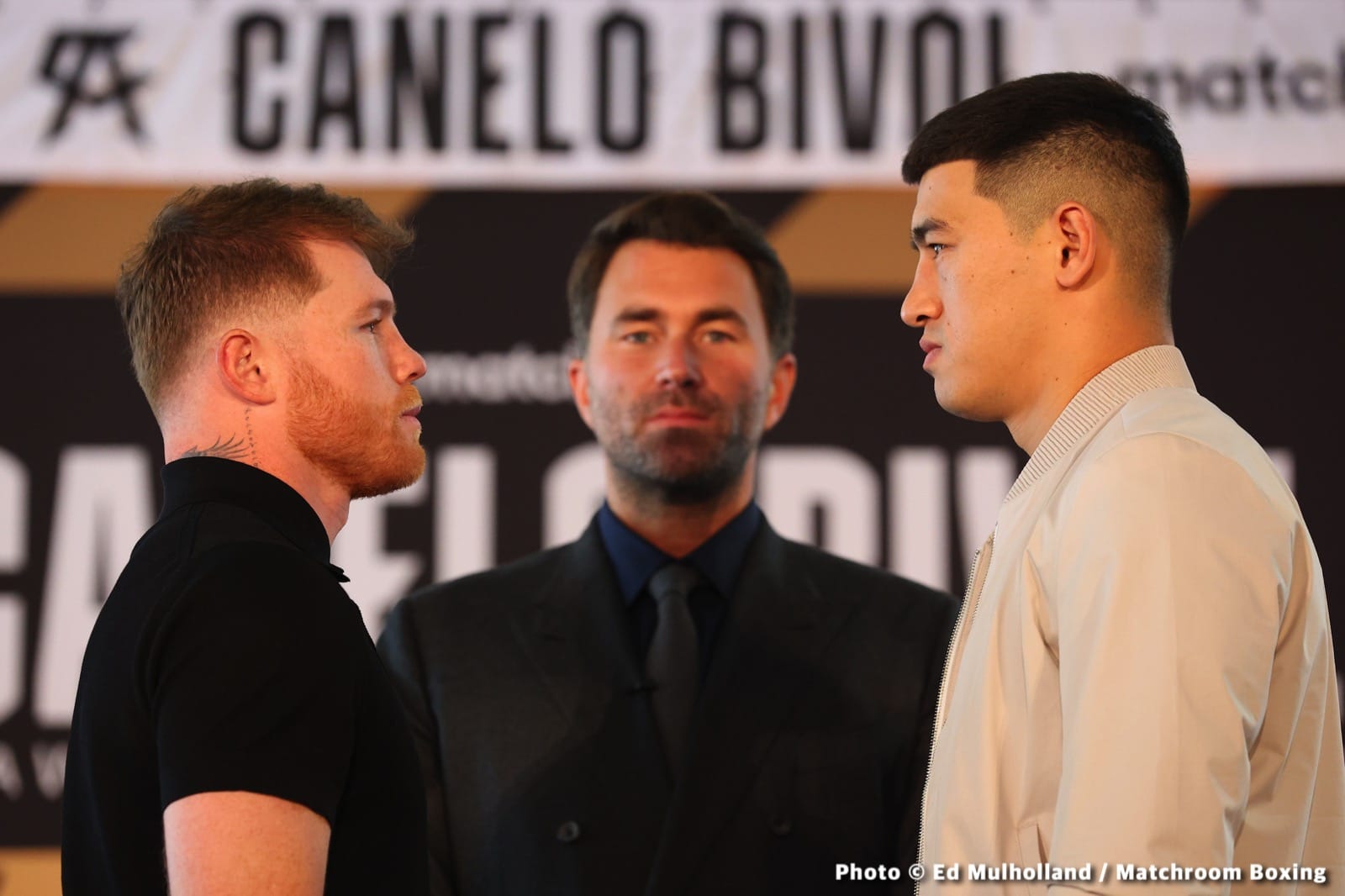 Tank also says Canelo beats “everybody,” If that’s the case, why didn’t he fight the big four?

“Canelo over everybody,” said Gervonta Davis to Fight Hub TV when asked for his pick on this Saturday’s fight between Canelo Alvarez and Dmitry Bivol.

Tank’s 100% belief that Canelo can beat “everybody” shows how effective careful match-making is for fighters. Soft match-making works, as it fools the public into believing a fighter is better than he is. Hence, you’ve got Gervonta Davis saying Canelo beats “everybody” now, an opinion formed by him defeating flawed paper champions from Great Britain and Tennesse.

How can Tank say that Canelo can beat “everybody” when he failed to defeat the best fighters at 160 [Demetrius Andrade], 168 [David Benavidez, and 175 [Artur Beterbiev]?

“I don’t care if it’s hard or not; he’s going to win,” said Gervonta when asked if Bivol would be a hard fight for Canelo. “No,” said Tank when asked if he’s seen Bivol, “Not better than Canelo.

It’s challenging to take Gervonta’s pick seriously when he admits he’s not seen Bivol fight before.

It doesn’t make any sense for Tank to make a pick involving Canelo if he hasn’t seen Bivol fight before. Tank is flying blind here with his choice, particularly his comment about Canelo beating “everybody.”

Прочети:  Rodriguez vs. Rungvisai on June 25th, LIVE on DAZN

It’s fair to say that Gervonta has drunk the Canelo kool-aid, believing he can walk on water now because he beat this flawed bunch of fighters since his controversial win over Gennadiy Golovkin in 2018:

At least Tank will get a chance to see Bivol (19-0, 11 KOs) for the first time on Saturday if he’s watching. If it goes badly for the Mexican star, the next time he’s asked about whether Canelo can beat a such & such fighter, he can give a more down-to-earth answer.

“Hell, no,” said Tank Davis when asked if he wanted to see Canelo fight Gennadiy Golovkin again. “Because it’s like a sparring match. I don’t want to keep seeing that s***.

It appears that Tank didn’t watch the two Canelo vs. Golovkin fights because they weren’t “sparring.” Boxing fans believe Golovkin got the better of Canelo in both contests, so how is that “sparring?”  No words.