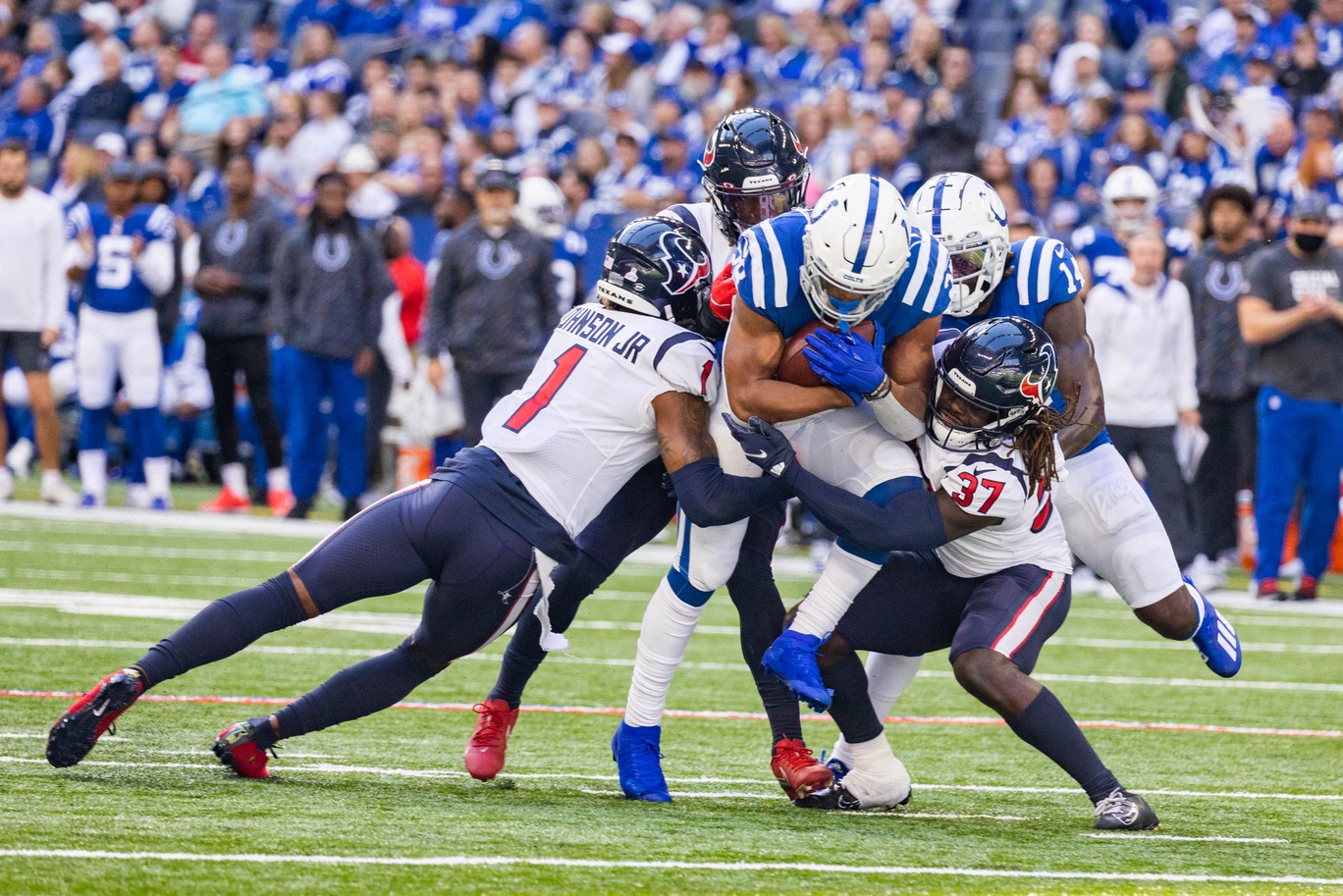 HOUSTON, Texas — Lonnie Johnson Jr. let the feeling sink in while traveling on his flight to Kansas City hours after being traded to the Chiefs from the Houston Texans in exchange for a conditional 2024 seventh-round draft pick.

Lonnie Johnson Jr. on being traded to the Chiefs

It was a feeling of excitement and relief, optimism and joy, to be reunited with Chiefs safety Justin Reid, his close friend and former Texans teammate. It was a moment of reflection while the former second-round draft pick from Kentucky embraced a fresh start after being traded at his request days after the Texans drafted cornerback Derek Stingley Jr. in the first round and safety Jalen Pitre in the third.

League sources had predicted Johnson would wind up in Kansas City as team officials exchanged trade proposals throughout Monday before the deal was finalized in the afternoon.

Stingley’s addition didn’t come as a surprise as coach Lovie Smith had expressed a desire to upgrade at the cornerback position weeks ago. As Johnson emphasized, it was time for both sides to part ways.

“It was just time for us to part ways. I’m just thankful that they did it the right way.”

Johnson had made his feelings known on social media, posting a goodbye video hours before he was traded. “Before y’all get to talking krazy on this app I asked for this myself,” Johnson wrote. “Thank you Houston Texans for the opportunity this isn’t a farewell this is more like see ya soon ‼️”

Прочети:  A $108 million question: Does Marcus Williams give the Ravens the NFL's best secondary?

The 6-foot-2, 213-pound Gary, Indiana native, had grown tired of being shifted back and forth from his natural cornerback position to safety and back to corner again. Johnson, who intercepted a career-high 3 passes last season, plays the game with an aggressive, hard-hitting style.

“Man, I think they’re going to be able to use me the right way and have me go out there and be physical and have me lock down at one position and set a foundation with a team and a position and be myself,” Johnson said. “I’m just overall happy and blessed. It was definitely hard and difficult, moving back and forth and not knowing what the situation was going to be.

“I’m just happy to be going to a team that has a winning culture and have a foundation set on who they want to be and what they stand for. They know what they want from me in the system, and we both came together at a decision.”

In an AFC Divisional Round playoff loss to the Chiefs in January of 2020, Johnson returned a blocked punt for a touchdown. However, he also had a hand in allowing star tight end Travis Kelce to catch 3 touchdown passes. Now, Johnson joins a Chiefs secondary that signed Reid and drafted five defensive backs: Trent McDuffie, Bryan Cook, Joshua Williams, Jaylen Watson, and Nazeeh Johnson.

Прочети:  Michigan running back Hassan Haskins: ‘I feel amazing, I’m ready to rock, I bring a lot to the table’

He moves on from the Texans and appreciates his three years in Houston, including his relationship with the fans. That included a lot of interactions, some positive and some negative, on social media platforms.

“Man, I enjoyed my time with the Texans throughout the ups and the downs,” Johnson said. “I still got love for the Houston Texans. They took me in and drafted me and they showed me a lot with all the different coaches and different defensive coordinators.