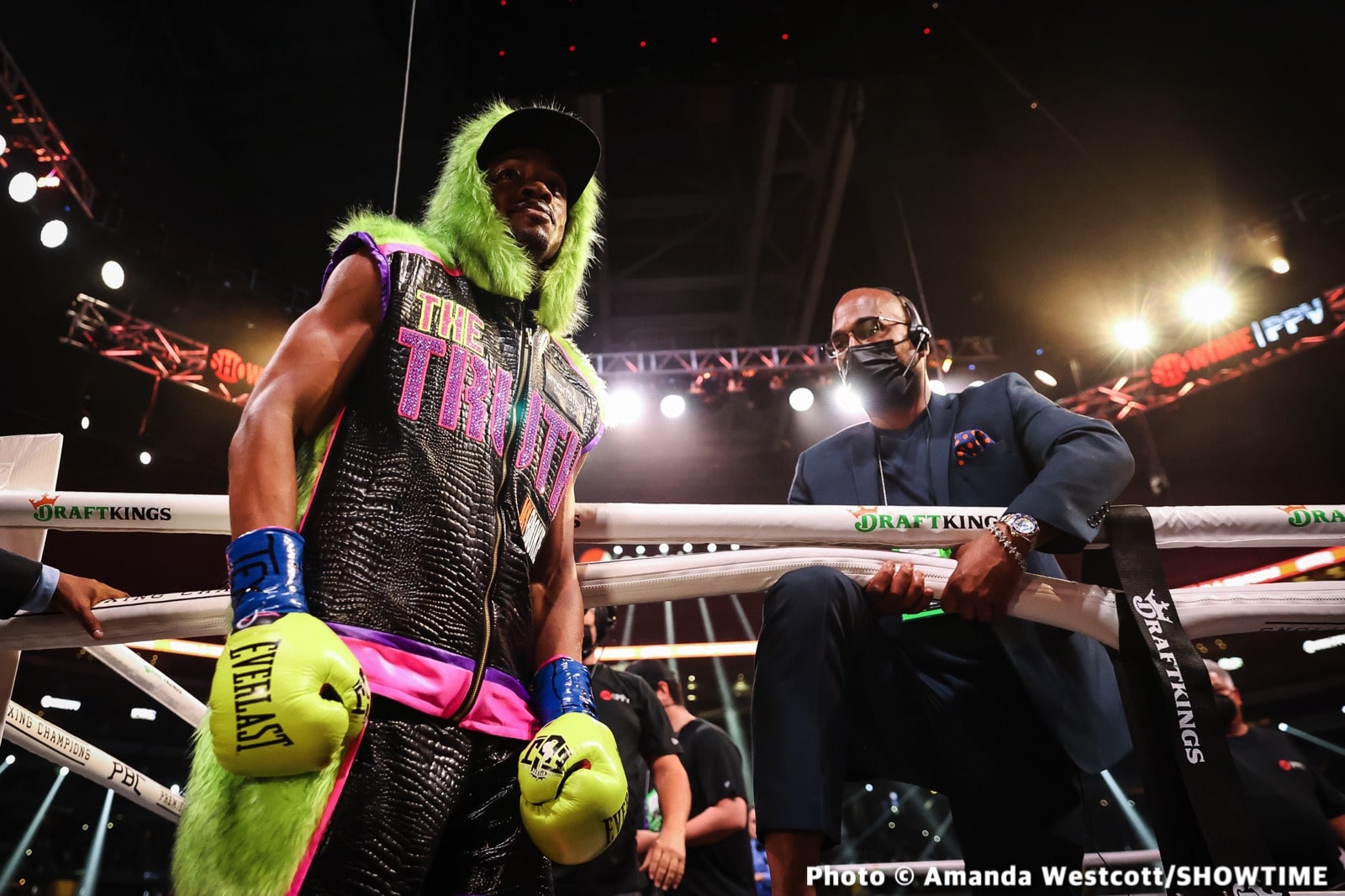 By Jim Calfa: Canelo Alvarez’s manager/trainer Eddy Reynoso says they were offered a fight against welterweight Errol Spence Jr. before they took the Dmitry Bivol match.

Reynoso says they were already in talks with DAZN at the time that the Spence fight was offered to Canelo, and nothing came of it. However, Reynoso says they’d still be interested in potentially doing a fight with Spence and Canelo in the future.

In the meantime, Canelo (57-1-2, 39 KOs) wants to try and become the undisputed champion at light heavyweight by defeating WBA 175-lb champion Dmitry Bivol on Saturday and then the winner of the June 18th unification fight between Artur Beterbiev and Joe Smith Jr.

Spence could potentially fight WBO champion Terence Crawford later this year for the undisputed 147-lb championship. Win or lose, Spence plans on moving up to 154 next year to begin fighting in that weight division.

Even at 154, Spence will be two to three weight classes below Canelo, who is the undisputed 168-lb champion and hoping to accomplish the same feat at 175.

Bivol is a complicated opponent for Canelo

“Yeah, Bivol is a fighter that moves well, has good distance, good combinations, moves side to side, feints. He’s complicated and strong. It’s going to be a difficult fight, Similar to [Sergey] Kovalev, but more difficult because Bivol works the distance more,” said Canelo Alvarez’s trainer Eddy Reynoso to Fight Hub TV.

“Yeah, I think so,” said Reynoso when asked if Bivol would be the most complicated opponent Canelo would have faced for a long time.  “He’s complicated and will be heavier than Canelo on the night of the fight.

“He’s a strong fighter that’s at his weight, but we are confident of Canelo and what he can do. We’re very prepared, and hopefully, everything will come out well this Saturday.

“Well, we hope that both of them come out well and that we come out the winners. Yeah, it is difficult and dangerous. But this is boxing, we have almost 70 fights with Saul. The important thing is we get the victory,” Reynoso said.

“No, they didn’t offer us as of current,” Reynoso said when asked if a fight was offered to Team Canelo for him to fight Errol Spence Jr. “I’m sorry, they did offer us something before we took the Bivol fight, but nothing came of it.

“We were already in deep talks with DAZN, and we couldn’t work it out. Yeah, I know. He’s [Spence] below his [Canelo] weight class. We are almost at light heavyweight.

“Spence is three weight classes below, so I don’t think that fight happens soon, but maybe in a few years.

“Yes, of course,” said Reynoso when asked if he’s still interested in making a fight between Canelo and Spence. “We are free agents, and we have a good relationship with PBC & Top Rank. So let’s see in the future if we can have fights against [Jermall] Charlo and Errol Spence.

“Look, a lot of people talk, but we got to be real with the weight to see how high we can go realistically, but also still have advantages and how high we can go where we’re still competitive in the division,” Reynoso said when asked if it’s true that Canelo said he was interested in fighting Oleksandr Usyk at 201 lbs.

“That would be a bit complicated to fight Usyk,” said Reynoso when asked if it’s true that Canelo said he wanted to fight heavyweight champion Oleksandr Usyk at 201 lbs.

“Maybe we can do something with [Ilunga] Makabu,” said Reynoso when asked if Canelo is still interested in challenging WBC cruiserweight champion Ilunga Makabu.

“Let’s see how he [Canelo] does this Saturday [against Dmitry Bivol], then September, and let’s see what happens. We got to win on Saturday, and that’ll open the road to the undisputed [for Canelo at 175], and we will see what happens.

“No, we will be at super middleweight and 175. He’ll be moving up and down,” said Reynoso when asked if Canelo will no longer be fighting at 168.