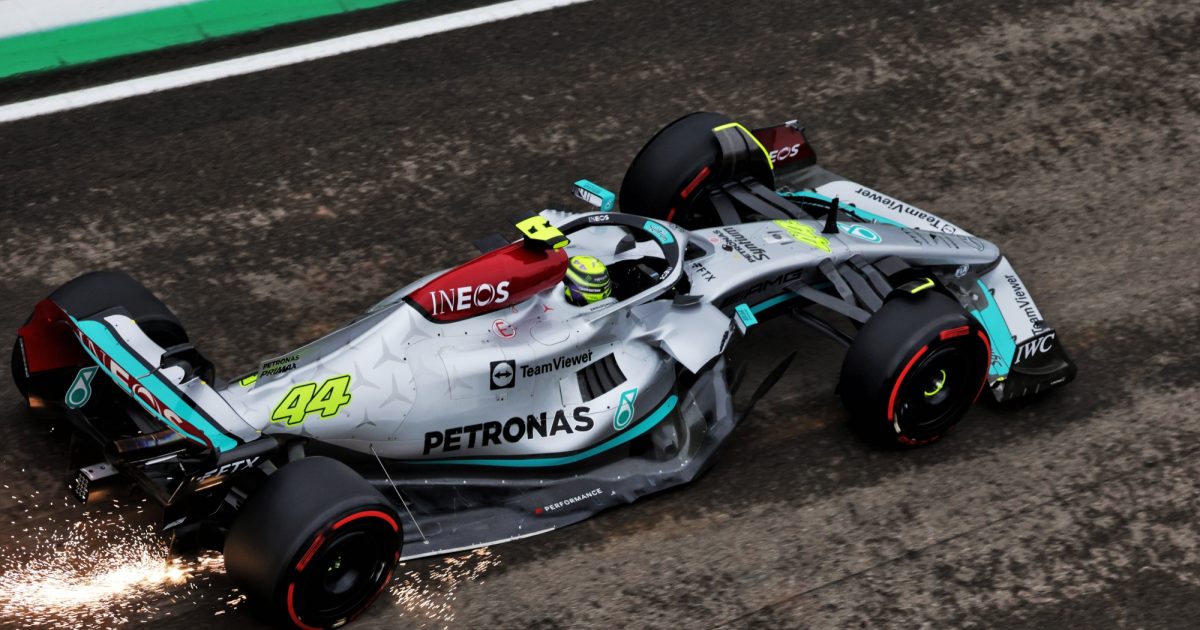 Mark Webber reckons people have been „pretty harsh, pretty fast“ on Lewis Hamilton so far this season, arguing that they need to look beyond the results.

Hamilton finds himself seventh in the championship standings after the first four rounds, three places and 21 points behind new teammate George Russell.

While Russell has finished every race inside the top five positions, Hamilton had to settle for 10th in Saudi Arabia (after a Q1 exit) and was unable to score last time out in Imola.

But despite the discrepancy in results and points, eight-time Grand Prix winner Webber reckons Hamilton has done little wrong.

The Australian pointed to Safety Cars at Jeddah and Melbourne – the latter which enabled Russell to jump ahead – as prime examples of where Hamilton lost out „through no fault of his own“.

„I think people are being pretty harsh, pretty fast
on Lewis,“ former Red Bull driver Webber was quoted by the Daily Mail.

„In Bahrain, he drove brilliantly to third place.
In Saudi, there was a Safety Car involved there with a pit-stop. Same in
Melbourne.

„I think there have been quite a few points he’s
missed through no fault of his own. It’s only Imola where he had a tricky qualifying
and race.

„Of course, everyone’s forgetting how the other
points were lost through no fault of his own.“

With Mercedes teasing upgrades for this weekend’s Miami Grand Prix, Webber has warned rival teams and drivers against discounting the Silver Arrows and their seven-time World Champion.

„Never, ever underestimate an organisation like
those guys,“ added Webber.

„It’s going to be fascinating to see how the next
few weeks go.

„Lewis is at his most dangerous with his back
against the wall. He’s never short of motivation – that’s why he’s probably the
greatest of all time.“

Webber also offered words of praise for Russell
and expects Hamilton to be relishing the challenge posed by the youngster.

„George is driving brilliantly. Very, very good for
him,“ he said.

„It’s good to have the youngsters threatening the
established drivers. That’s what it should be about. Lewis would never shy away
from that.“