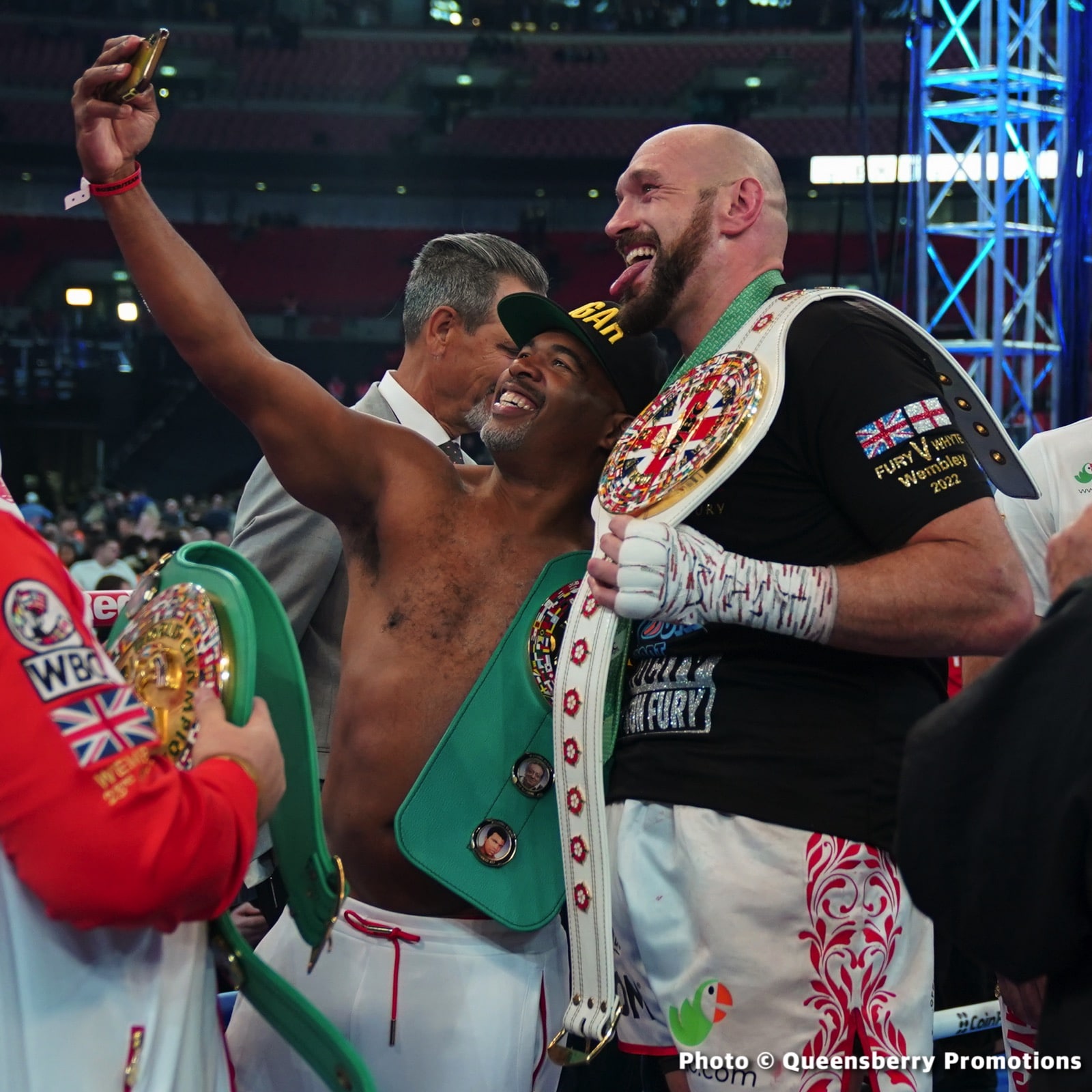 By Charles Brun: Tyson Fury will need to decide this week whether he plans on retiring or continuing with his career because WBC wants to know. The sanctioning body will reportedly speak to Fury’s team this week to learn if he will retire.

If Fury confirms his retirement plans, the WBC can then order a fight for his title between these talented fighters:

It’s understandable why the World Boxing Council would want to know whether Fury is serious about his retirement this week. Fury is viewed as relevant in the eyes of fans as long as he holds onto the WBC title.

The sport must go on. It’s no good for the WBC to have a champion sitting on one of their titles, leaving the careers of the contenders in their ranking frozen.

The unbeaten heavyweight champion Fury (32-0-1, 22 KOs) said he was “done” with boxing after his victory over Dillian Whyte on April 23rd.

Curiously, despite Fury’s ongoing talk of retiring, he still hasn’t vacated his WBC title, leaving some to believe that he’s been blowing smoke about hanging up his gloves to gain attention.  Why hasn’t Fury vacated? That’s the critical question?

One can understand how it might help Fury to hold onto his WBC title, as it’s a great prop to use for him to peddle his exhibition matches.

If a fighter like Fury were selling an exhibition match to the boxing public, you could argue that it helps if he still holds the WBC title.

It would be a valuable prop if Fury could march into the ring for his exhibition matches with the WBC slung over his shoulders.

Once Fury gives up the WBC strap, fans will view him differently, and he falls into the Floyd Mayweather Jr. category, an ex-champion that peddles exhibition matches to fans.

After his recent win over Dillian Whyte on April 23d, Fury said he wanted to face UFC champion Francis Ngannou in an exhibition match and participate in the WWE Summerslam.

Fury even had Ngannou come into the ring immediately after his win over Whyte to alert the fans that they would fight in a hybrid boxing match.

“We are ready to support him on whatever he decides. The WBC will fully support him if he decides to retire,” WBC president Maurice Sulaiman said to Sky Sports about Tyson Fury.

“It is our dream to see fighters retire with such greatness. Undefeated champion, financially protected with a loving family and a great future outside the ring,” Sulaiman continued.

“I am very happy and satisfied if this is his final decision and will fully support him and will be close to him for the rest of his life.”

It’s baffling why Fury hasn’t already vacated his WBC belt. As often as he’s talked retirement in the last month, why hasn’t he already relinquished his WBC title?

If Fury is undecided about whether he will retire, he should tell the boxing world that.