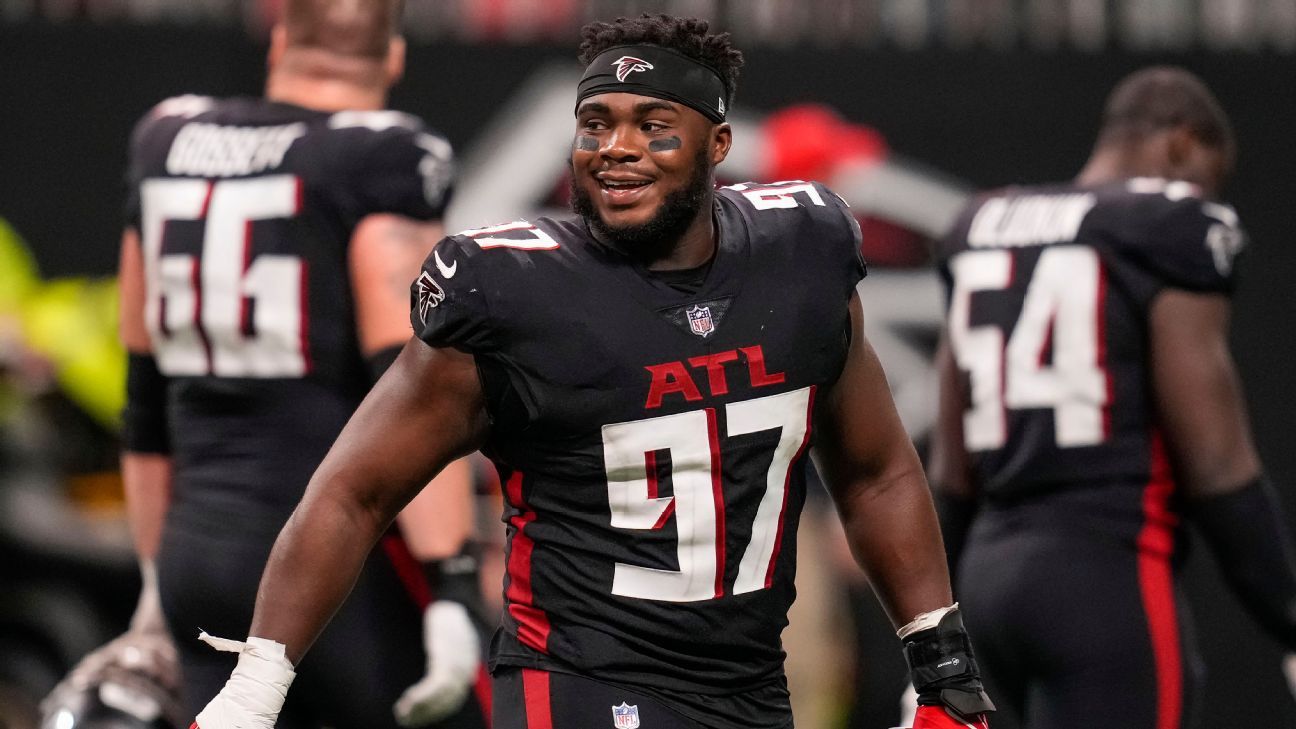 The Atlanta Falcons are keeping one of their cornerstone defensive players around for the foreseeable future.

The club agreed to a three-year extension with defensive tackle Grady Jarrett on Tuesday that is worth up to $17 million per year in new money and $51 million in totality for the extension if he reaches certain incentives, a source confirmed to ESPN. The extension includes $34.5 million guaranteed.

Jarrett is now signed through the 2025 season at a total value of $67 million, including the money he was slated to earn in 2022.

The news of the terms of the deal was first reported by WSB-TV in Atlanta. The Falcons confirmed that Jarrett agreed to a three-year extension but did not disclose financial terms.

Jarrett – who celebrated his 29th birthday Thursday, the first day of the NFL draft – was a fifth-round pick by the Falcons in 2015 out of Clemson. The player from Conyers, Georgia, became a starter for Atlanta in his second season, in 2016. He made back-to-back Pro Bowls in 2019 and 2020 and has started every game he has played in for Atlanta since the start of that 2016 season. In all, he has played in 110 games – starting 95 of them – with 359 tackles, 26.5 sacks, 5 forced fumbles and 3 fumble recoveries.

Jarrett, the son of former Falcons linebacker Jessie Tuggle, moved around a bit from defensive tackle to defensive end in defensive coordinator Dean Pees’ 3-4 scheme last season in an attempt to create even better matchups.

Jarrett (6 feet, 305 pounds) became the focal point of opposing offensive lines, sometimes facing triple-teams as he tried to work off of blocks.

„Based on the way Grady plays and his reputation, I think people will account for him in protection,“ Falcons coach Arthur Smith said. „We also move him around a little bit too, but yeah, I mean, if you’re playing us, you’re certainly going to account for him in your protection schemes.“

With Jarrett staying, he will become one of the key leaders for the Falcons as they transition most of their roster. He’s the second Falcons player to receive a long-term extension this offseason, joining left tackle Jake Matthews. The team also traded quarterback Matt Ryan to the Indianapolis Colts and in the past 12 months traded wide receiver Julio Jones to the Tennessee Titans and had receiver Calvin Ridley suspended for at least one year for gambling.

Atlanta is in the middle of restructuring its front seven as well, with Jarrett as the centerpiece. Linebacker Foye Oluokun signed with the Jacksonville Jaguars in free agency, and the Falcons signed Rashaan Evans to potentially replace him.

The team has brought in three new edge rushers – signing Lorenzo Carter and drafting Arnold Ebiketie and DeAngelo Malone – to try to alleviate some of the attention opposing teams give to Jarrett every down. Atlanta also signed defensive tackle Vincent Taylor, potentially to offer Jarrett more help on the interior.