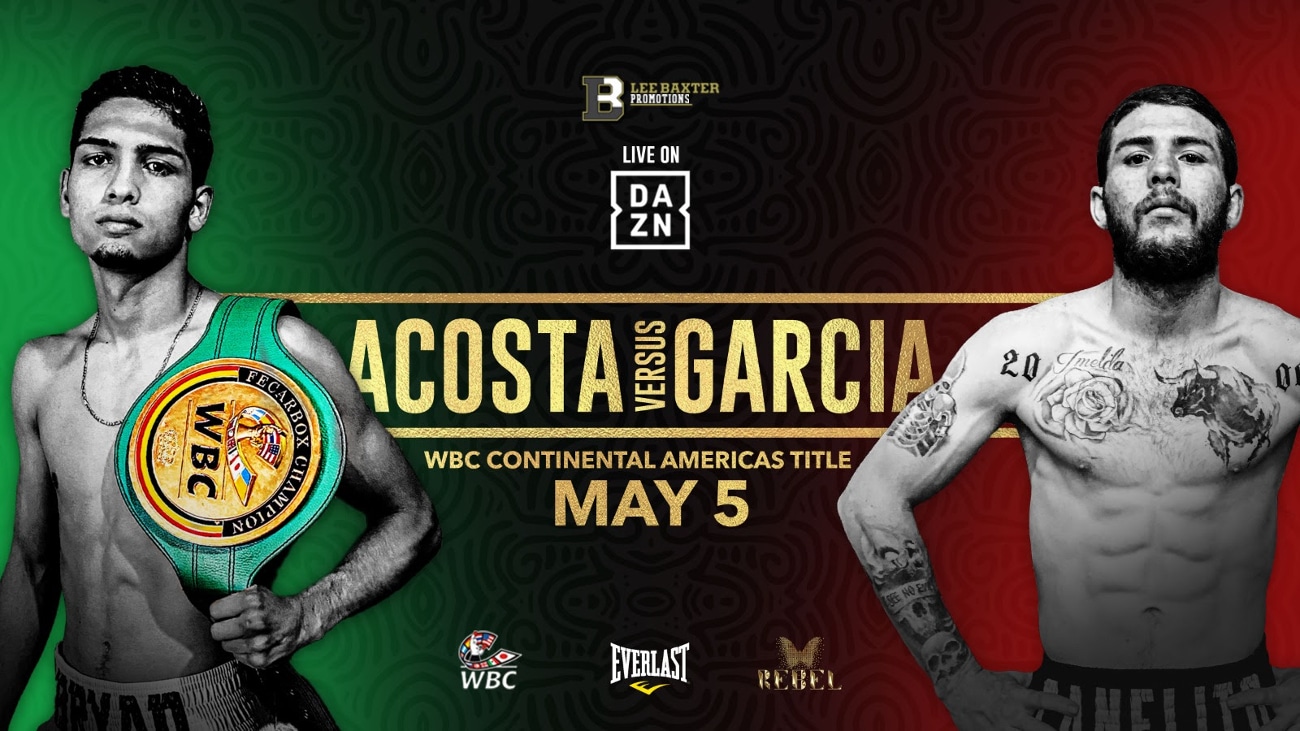 By Ken Hissner: At the Rebel Entertainment Complex, Toronto, Ontario, Canada, Thursday, on Cinco de Mayo Day with a pair of Mexicans in the Main Event of a Lee Baxter Promotions featured unbeaten “Latino” Bryan Acosta in his second straight appearance in Toronto stopping Benito “Canelito” Sanchez Garcia in the tenth and final round for the vacant WBC Continental Americas Featherweight title.

In the first round, at the halfway mark, a left hook from Acosta on the chin dropped Garcia for an 8-count near the ropes. Garcia managed to get through the round. In the third round’s final seconds, Acosta landed a right uppercut on the chin, rocking Garcia.

In the final seconds of the eighth round, both fighters landed the best exchange of the fight up to that point. In the ninth round, in the final minute, Garcia landed a double left hook to the chin of Acosta. Seconds later, it was Acosta landing a pair of left hooks on the chin.

In the tenth and final round, Acosta had Garcia hurt in the opening seconds, driving him into a neutral corner. Referee Mark Simmons for some reason, broke them up. Acosta came back halfway through the round, hurting Garcia again with a flurry of punches. Near the halfway mark of the round Acosta had Garcia defenseless on the ropes when referee Simmons wisely called a halt.

In the first three rounds, Reeves, the taller (5:11”) of the two, used an effective jab in a battle of southpaws. In the fourth round, Reeves rocked Maldonado on several occasions with right hooks to the chin. In the sixth round, Maldonado hit the canvas for the fourth time, all out of clinches.

In the seventh round, Reeves hit Maldonado with a left to the chin that ended with Maldonado on the canvas, ruled a slip by Referee Dave Dunbar. In the eighth and final round, Maldonado landed his best punch of the night, a right cross to the chin of Reeves. In the final thirty seconds, it was Reeves rocking Maldonado with a lead left on the chin. Maldonado hit the canvas some eight times in eight rounds out of clinches.

Scores were 80-72 by all three judges and this writer.