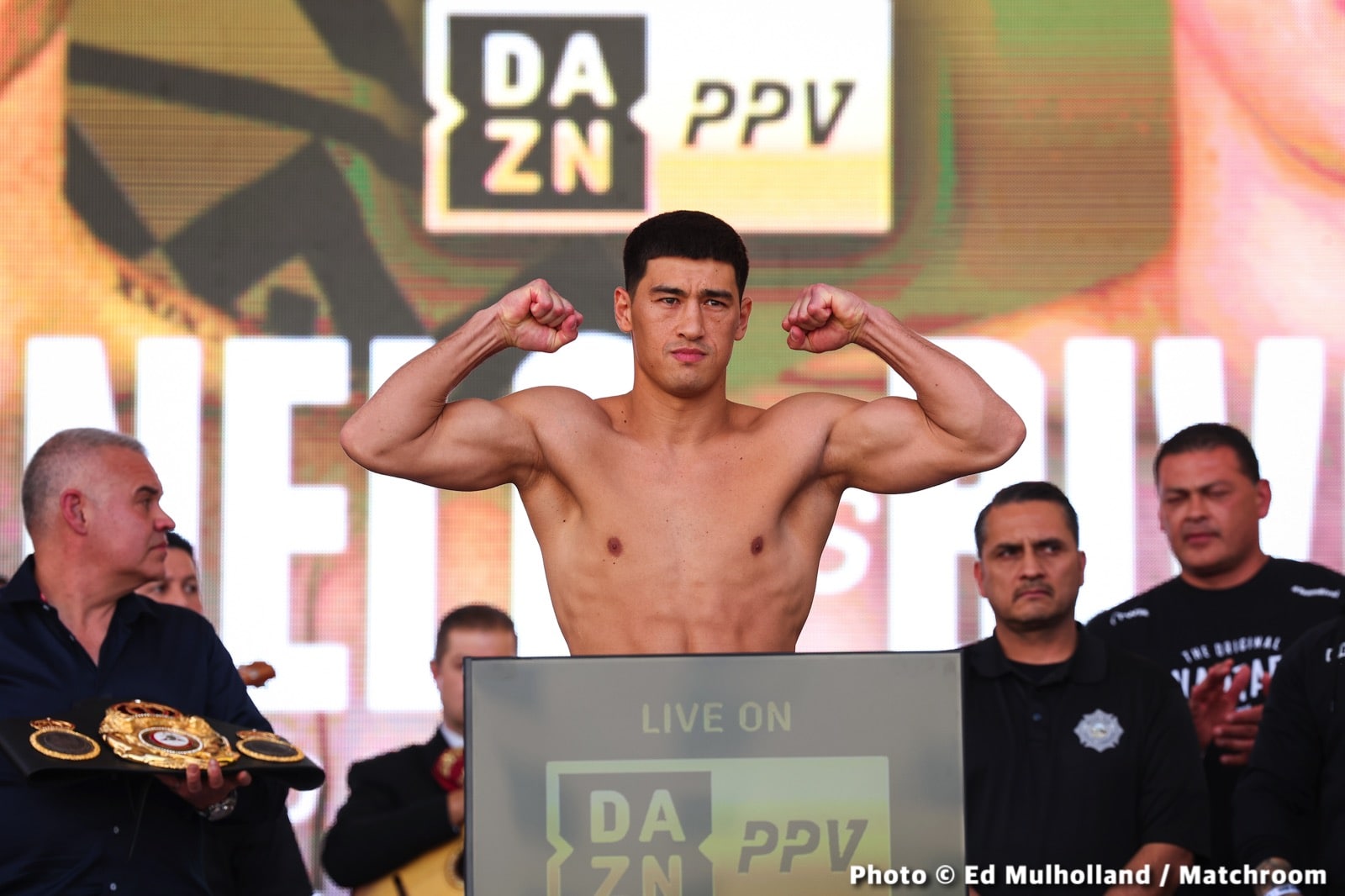 By Dan Ambrose: Highly acclaimed trainer Andre Rozier says Dmitry Bivol would beat Canelo Alvarez tonight if the fight were judged fairly, but he has his doubts that it will be.

Hopefully, we don’t see Canelo benefiting from another questionable decision because he’s been involved in four of them in the last nine years.

If Rozier is correct about WBA light heavyweight champion Bivol (19-0, 11 KOs) needing a knockout to win, he’s in an impossible situation because he’s not a knockout artist, and Canelo has incredible punch resistance.

Bivol, 31, hasn’t knocked out anyone in his last six fights, and when he did stop an opponent, it was a 12th-round stoppage of Sullivan Barrera in 2018. In that fight, Bivol hit Barrera with everything but the kitchen sink until he finally folded in the 12th.

If Bivol can come out fast, stinging the former four-division world champion Canelo with powerful jabs and one-two combinations, he could cut him and possibly get a stoppage.

Assuming Bivol dominates Canelo the way he did Jean Pascal, who the Russian fighter compares him, it would be impossible for the judges not to give him the decision. It would be too obvious if the judges gave Canelo a win or a draw in a fight where Bivol outboxes him for 12 rounds.

If you’ve seen Bivol fight, he’s hard to hit, especially when fighting shorter fighters, and Canelo is easily the shortest opponent he’ll have faced during his career.

Canelo made a huge mistake by choosing to fight Bivol, as he’s the best defensive fighter in the division, and he’s got the capabilities to outbox him worse than Floyd Mayweather Jr. did in 2013.

“I see it as a high-stakes boxing match. I have to give the edge to Bivol,” said trainer Andre Rozier to Fighthype in leaning towards WBA light heavyweight champion Dmitry Bivol to defeat Canelo Alvarez tonight.

“He’s the bigger, more articulate fighter,” Rozier continued about the unbeaten Bivol. “We can talk about power and everything else, but all the nuances go in Bivol’s direction.

“As much of a Canelo fan as I am, this one is a hard task for him to deal with. No, I’m not saying he’ll lose. If it goes 12 rounds, we know it’s like when you go to England. If you knock somebody out, you might get disqualified. It’s just the nature of the beast.

“We’re looking forward to seeing a fantastic fight. I can’t wait for it, as you can tell. I’m leaning Bivol, straight up. No, I’m not actually saying that,” said Rozier when asked if he’s predicting Bivol will knock out Canelo.

“Honestly, I don’t see Bivol getting knocked out, but I don’t see him knocking out Canelo either. But if it was fair, if all the pieces on the puzzle were fair, I’d have to say that Bivol, on his capability and actual skillset, would be able to control the environment of that ring and win a decision” said Rozier.