The amazing Aaronsons: Brenden, Paxten and their parents on being U.S. soccer’s next big hopes 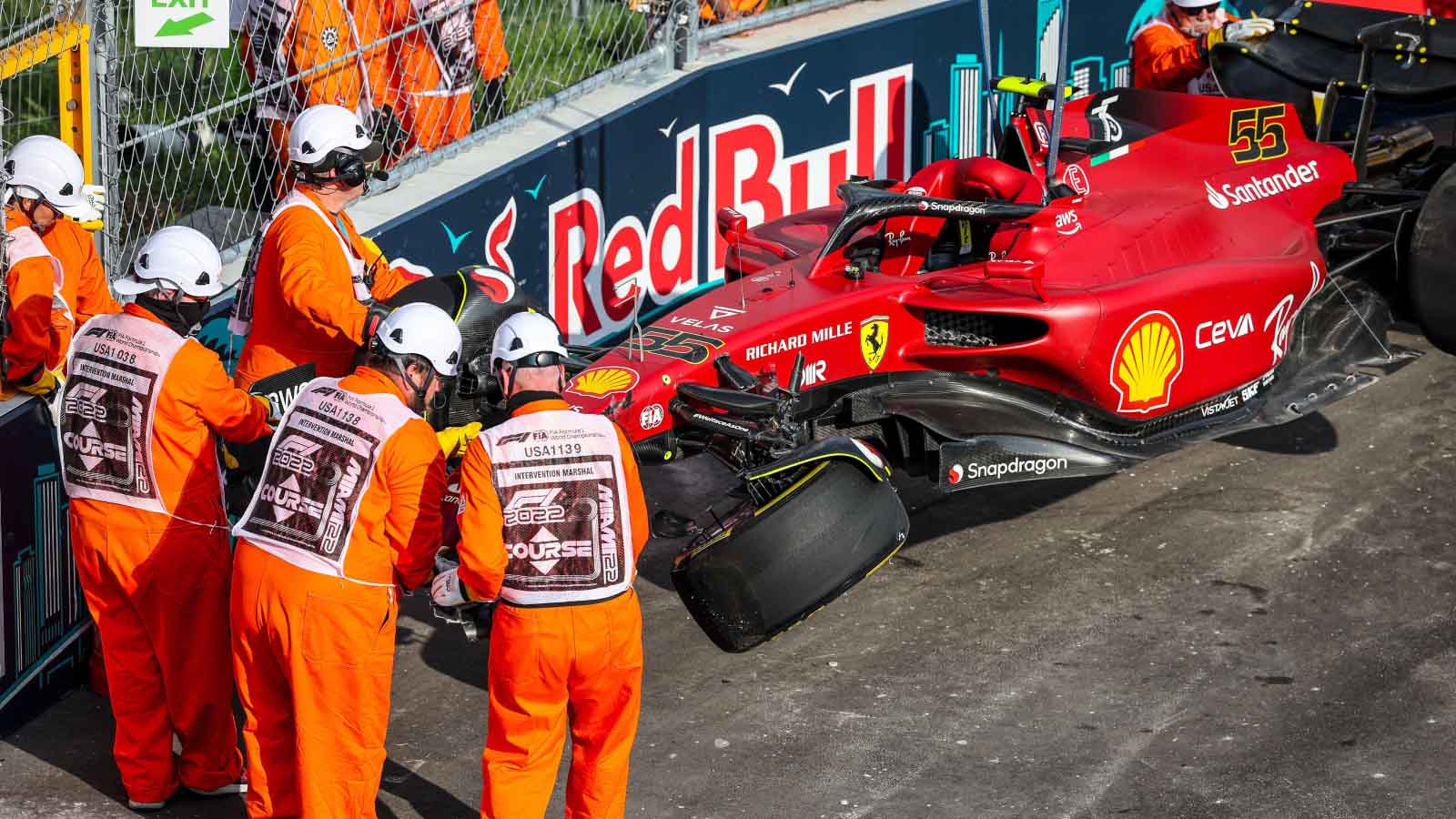 Carlos Sainz and Esteban Ocon have spoken out against the FIA for not installing a Tecpro barrier at Turn 14, where they have both crashed in Miami this weekend.

The Ferrari and Alpine drivers had almost identical accidents in free practice on Friday and Saturday respectively, suffering a spin on the way through Turn 13 and slamming against the concrete wall on the entry to the slow Turn 14/15 chicane.

Both drivers argued Tecpro barriers, which are designed to absorb the impact of such crashes, should have been installed in that area of the track – but both claimed their concerns were not acted upon.

“I mean, I’m sorry to be critical but I told the FIA yesterday my crash in second gear shouldn’t feel that hard, but today my neck was a bit in pain,” Sainz told Sky F1 after qualifying.

Alpine have confirmed Esteban Ocon will not be able to take part in #MiamiGP qualifying, after cracking his chassis during FP3. #F1 pic.twitter.com/JuBgNIhpqE

“I told them ‘let’s put Tecpro there’ because it’s [a] very hard concrete wall. Esteban went to crash and I’m pretty sure he felt it too.

“It’s one of those things I will never understand. I did bring it up already, [but] no change.”

Ocon cracked his car’s chassis in his crash in FP3 on Saturday which left him ruled out of qualifying altogether as a result of the damage – with a full chassis change required by his Alpine crew to get him ready to race.

The Frenchman said he will be on the grid on Sunday but was highly critical of the FIA for not prioritising driver safety in that area of the track – claiming the governing body outright ignored their requests, which to him is “not acceptable”.

“It hurts, definitely. It was 51G, a hard impact, but I will be fit to race tomorrow, that’s the main thing,” Ocon stated afterwards.

“It’s a mistake I don’t usually do. It’s been a while since I’ve done one like that,” he added. “But clearly what’s a bit disappointing is the chassis change, really.

“The impact has been so hard in comparison to what it should have been. We discussed it with Carlos yesterday with the race directors, to say we should probably put a Tecpro barrier there, and it hasn’t been listened [to].

“So that is not acceptable, and the FIA should push harder for our safety.”