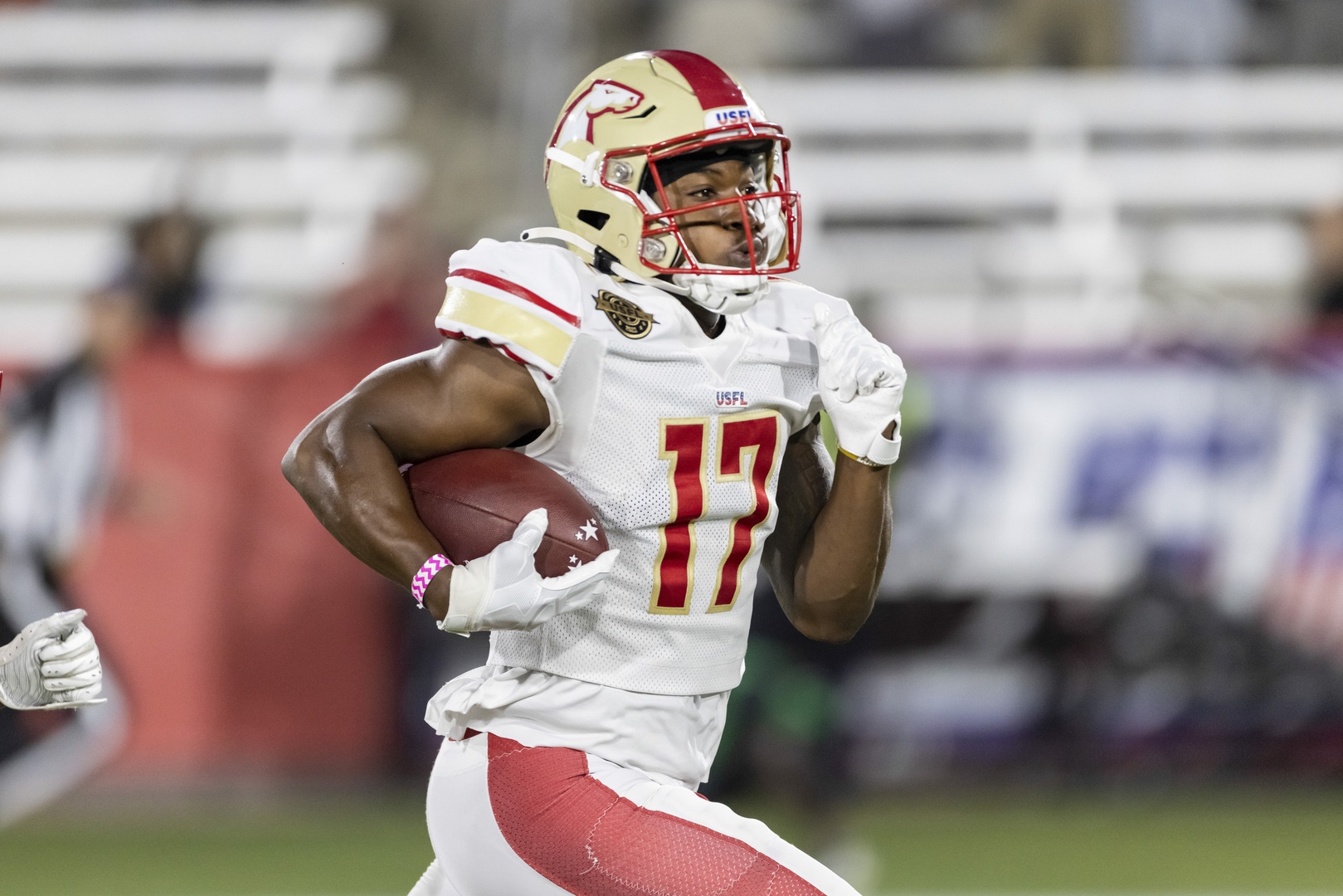 The USFL season heads into its fourth week of spring football action. So far, fans have been treated to some entertaining football as these teams start to establish their personas. With the third week of intradivisional play ready to kick off, let’s take a look at Week 4 of the USFL schedule and make our picks and predictions for all four games.

The USFL has dived deep into divisional play to begin the season. When Week 4 finishes, all teams within their respective divisions will have played each other. With this in mind, a few of the matchups this week have created some fun storylines.

The Birmingham Stallions are the only undefeated team remaining in the USFL. Can they continue their run, or will the former Week 1 league leader, the Tampa Bay Bandits, complete their climb back into postseason contention?

Meanwhile, the North division has the only team without a win. The Pittsburgh Maulers were the only team to be held out of the end zone in Week 1, then became the first club to be shut out in Week 3. The season is still early, but an intimidating Week 4 matchup with the New Jersey Generals on the USFL schedule will not make things easy for Pittsburgh.

Week 4 of the USFL schedule kicks off with the Philadelphia Stars taking on the Michigan Panthers. A new era begins for the Stars with starting QB Bryan Scott away from the team, nursing a knee injury. They turn to Case Cookus, who went 13 of 20 for 146 yards and a touchdown after stepping in for Scott. If head coach Bart Andrus can seamlessly drop Cookus into this offense, Philadelphia should stay in the North’s playoff race with ease.

Their issue this week won’t be on offense, though. The Stars’ defense needs to tighten up, especially against the run. Through three weeks, Philadelphia is surrendering 186 yards per game on the ground. And the Panthers’ offense excels at one thing — running the football. As Cookus shines in his first start, Michigan’s inability to field consistent QB play will doom them.

The North division’s leader pushed their cushion further with the Generals’ win over the Stars in Week 3. QB De’Andre Johnson’s dual-threat ability propels the offense, while the defense has tightened up after giving up 28 points in Week 1. New Jersey gets a chance to extend their cushion even further in Week 4 of the USFL schedule.

They take on the Maulers, who had their Week 2 progress wiped away with a donut in Week 3 against the Panthers. Head coach Kirby Wilson has quite a bit of work to get the Maulers back into the playoff hunt. Barring a miraculous turnaround, the Generals should dispatch the Maulers with ease. If they can hold the best passing offense to 16 points, Pittsburgh shouldn’t cause a sweat.

Let’s head to the South division for the second half of the USFL’s Week 4 schedule. The undefeated Stallions face off against the Bandits under the bright lights in Birmingham Saturday night. The home team has seen quite a bit of support, and the atmosphere will undoubtedly be electric. But the Bandits won’t let them get a win so easily.

After looking down for the count in Week 3, QB Jordan Ta’amu stepped up big to propel the Bandits to a 10-point fourth-quarter comeback. It was the exact response Tampa needed after its Week 2 dud against the New Orleans Breakers. The Stallions have taken teams out in the fourth quarter, but will that luck run out? The best bet for this game is taking the Bandits +3.5 in what should be a fantastic South division showdown.

The final USFL game on Week 4’s schedule sees the Houston Gamblers taking on the Breakers. After a red hot start to the season, the Breakers hit their first sign of resistance, falling to the Stallions in Week 3. Scoring just 13 points, the offense did not nearly have the same success as the first two weeks.

The line surrendered its first sacks of the season as QB Kyle Sloter hit the ground 4 times. They’ll need to clean up their performance against a Gamblers’ defense that forced the most turnovers in the league. New Orleans’ defense will also be tasked with shutting down the USFL’s best rusher in Mark Thompson, who leads the league with 310 rushing yards.

The Gamblers have a steep uphill climb to get back into playoff contention, and that will have to wait one more week. The Breakers should come into this game with urgency to keep up with the Stallions and abuse the Gamblers’ passing attack.