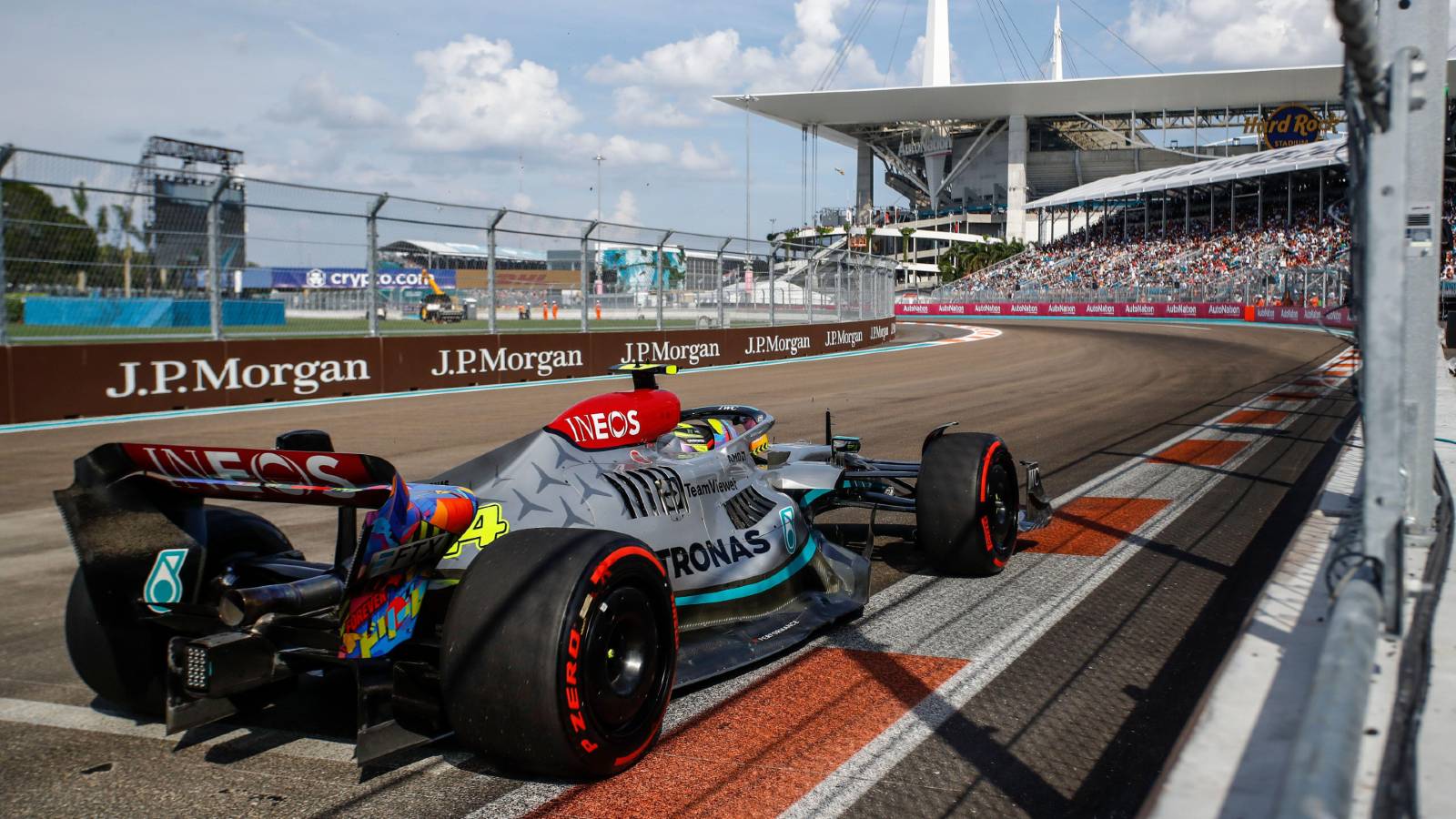 Lewis Hamilton has reacted to media criticism of his driving by insisting he had done a “damn good job” in Miami Grand Prix qualifying.

Trailing his Mercedes team-mate George Russell by 21 points after the first four races of the season as the duo struggle with a W13 car not where they want it to be, Hamilton has a great chance to cut that deficit as Miami debuts on the F1 race calendar.

Whereas Russell failed to reach Q3 and will line up 12th on the grid, the seven-time former World Champion is sixth – alongside his previous Mercedes colleague Valtteri Bottas.

Hamilton, speaking to reporters after the session, revealed he had been criticised by one member of the media – and naturally defended his own performance.

Thanks for all the support, Miami. See you tomorrow pic.twitter.com/kR7XZFiCD0

“I’m generally really happy with the job I did today,” said the 37-year-old Briton. “I did the best I could with the car I have – it’s a very hard car to drive.

“One of the French media guys was saying I’m not performing so well. I did a damn good job today and I’m happy with it.”

Speaking to Formula1.com, Hamilton, who did not reach the top-10 shootout in either Saudi Arabia or Imola this season, said he was satisfied with his Q3 appearance – a remarkable admission considering how dominant Mercedes have been in the last few years.

“Qualifying wasn’t too bad. I’m grateful to have got into Q3,” said Hamilton. “That’s a good feeling.

“I gave it my all at the end. It was quite difficult with the single laps getting the most out of this car – it’s hard work, this car. But I’m grateful to be in amongst the group ahead.”

Hamilton was under pressure to get out of Q1 as the clock ticked down towards chequered-flag time with him in the bottom five, but he pulled out a strong lap just when required to progress easily in the end.

Asked how he had been feeling at that point, he said: “Pretty relaxed. I wasn’t worried or anything. When I came in I didn’t know if I was through and then the same in Q2. That’s like edge of your seat, waiting to hear if you’ve done enough. You’re just hoping for the right news.

“Then once we got into Q3 it was a real battle, a bit of a struggle, but I’m grateful to be sixth.”