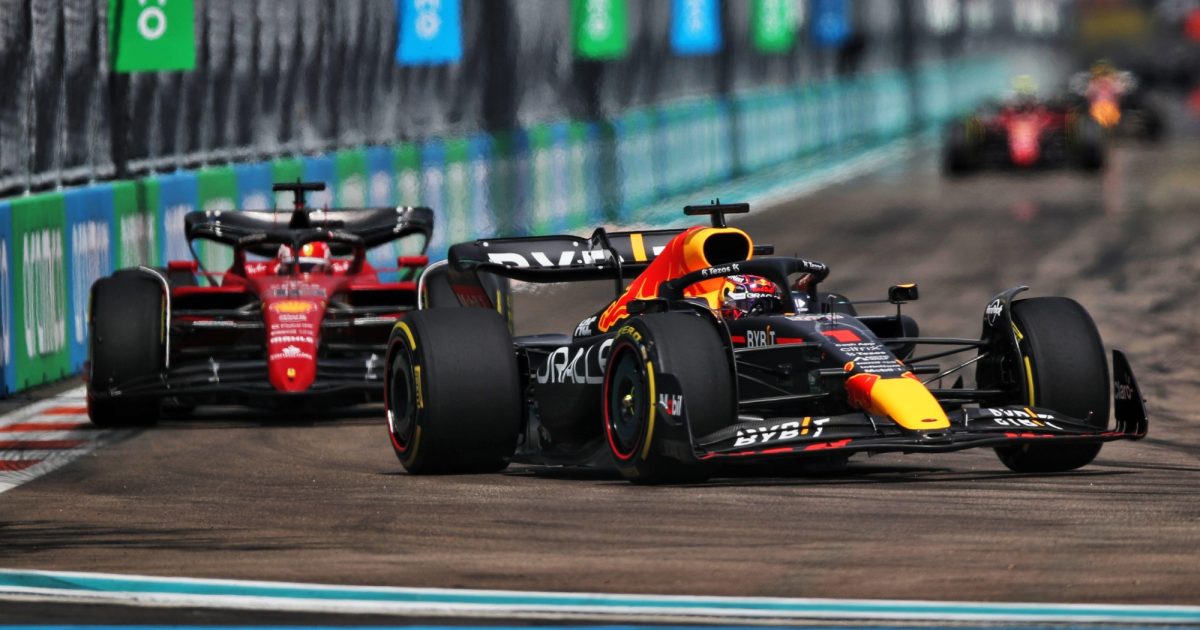 Charles Leclerc says Red Bull had a clear advantage over Ferrari that allowed Max Verstappen to storm to victory at the Miami Grand Prix.

The World Champion was able to catch and pass Leclerc during the opening 10 laps and held on for the win, despite a late Safety Car that cut his on-track lead to nil.

But Red Bull boasted the dominant pace on the race-starting Medium tyres, says Leclerc, that helped his 2022 rival to the win.

„It was a very difficult race, physically,“ said Leclerc.

„We struggled quite a bit with the Medium tyres, especially in the first stint, and got overtaken there. That made our race a bit more difficult from that moment onwards.

„On the Hard tyre, we were very competitive and towards the end I thought I could get Max at one point, but today they had the advantage in terms of pace.“

Leclerc: I hope that we can do a step up

In terms of performance, Red Bull appear to have stolen a charge over Ferrari during recent races, with Verstappen making it back-to-back wins.

Leclerc has called on Ferrari to respond at the next race in Barcelona by making a „step up“ with their anticipated upgrades.

„It was fun, and it’s amazing to see so many people again. I kept saying it, but it’s great to see so many Ferrari fans in the grandstands,“ continued Leclerc.

„We need to keep pushing. Upgrades will be very important throughout the year and I hope that we can do a step up from the next race onwards.“