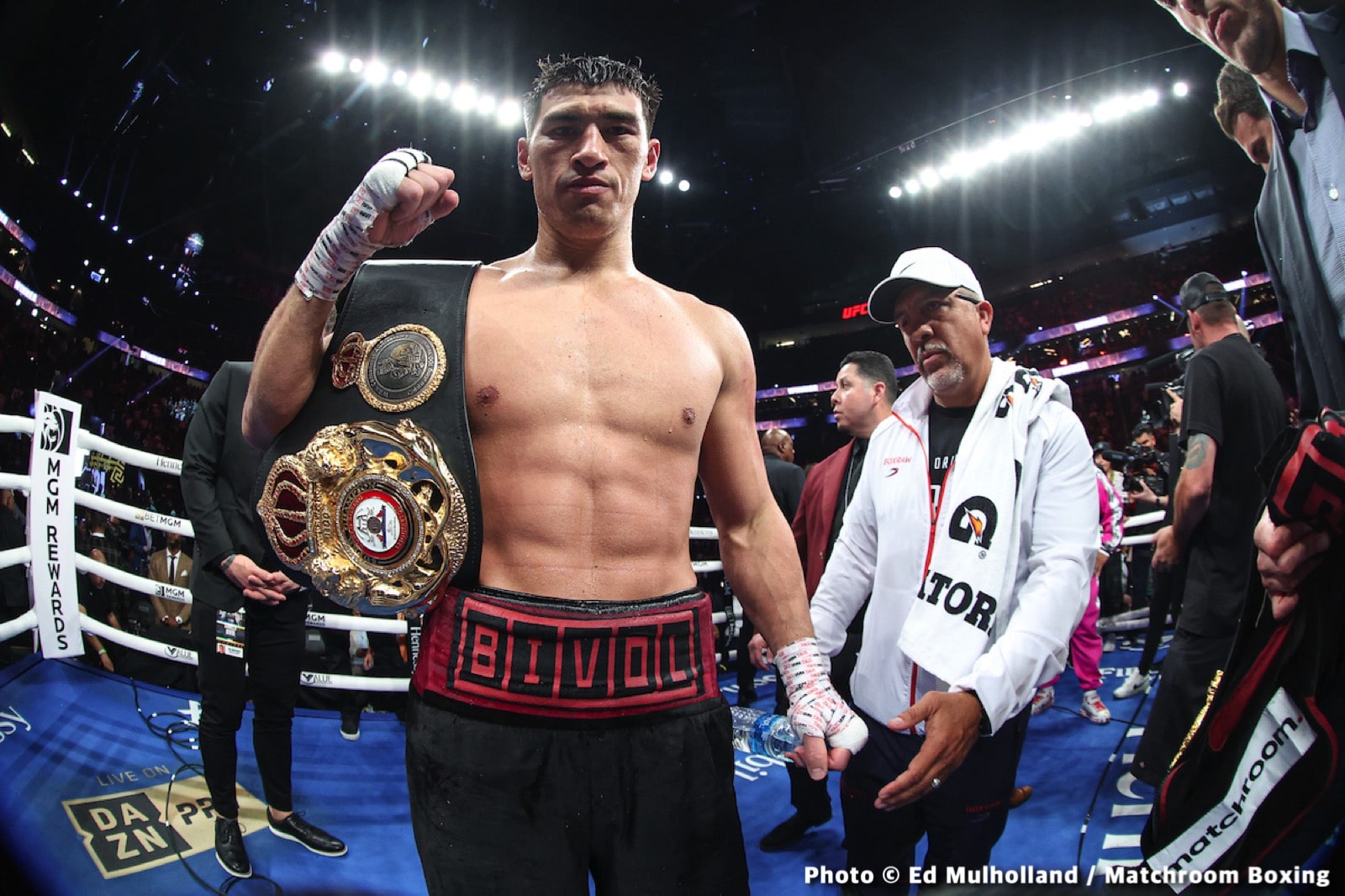 Last night at the T-Mobile Arena in a bout that was televised in the US on the debut PPV event from the relatively new streaming app service known as DAZN, Canelo Alvarez jumped back up to 175 to challenge the undefeated WBA super light heavyweight champion Dmitry Bivol.

Canelo had been on an eight fight winning streak, dating back to his rematch victory against Golovkin. During that winning streak, he won a unification bout at middleweight against Daniel Jacobs, he won a major title at light heavyweight against Sergey Kovalev, and in a span of just 11 months, he beat 3 undefeated champions at 168 to become the first undisputed super middleweight world champion in the history of the weight class.

The general expectation going in was that Canelo would prove too much, but many if not most observers viewed Bivol as the strongest test for Canelo dating back to his somewhat controversial win in his rematch with Triple G more than three years ago. Bivol had different plans, however.

Bivol put forth an extremely disciplined and intelligent effort, start to finish. Bivol was patiently effective and very consistent. The foundation for his success was a versatile jab that he used in a variety of ways. The other key attributes that helped Bivol were his impeccable guard defense, and his extremely educated deceptively quick footwork. Canelo was having difficulty creating the openings he needed, and he at times began looking frustrated late in the fight as Bivol was growing more comfortable.

At the end of 12 intriguing rounds in this offbeat chess match, all 3 judges scored the fight in favor of Bivol, 115 to 113. It was a tremendous victory for Bivol. Meanwhile for Canelo, this was his first defeat since losing against Floyd Mayweather Jr all the way back in 2013. The light heavyweight division is getting very interesting. Next month on June 18 we have a light heavyweight unification match between unified WBC/IBF champion Artur Beterbiev and WBO champion Joe Smith Jr. That one can be interesting, and with the possibility of a Canelo-Bivol rematch, there can be some very interesting championship fights at 175 for the foreseeable future.

Прочети:  Anthony Yarde: “I know how to beat Dmitry Bivol”

This edition of Rummy’s Corner will provide some quick thoughts on Bivol’s victory against Canelo. Please watch and enjoy the video for one person’s opinion on the match. This is Rummy’s Corner.