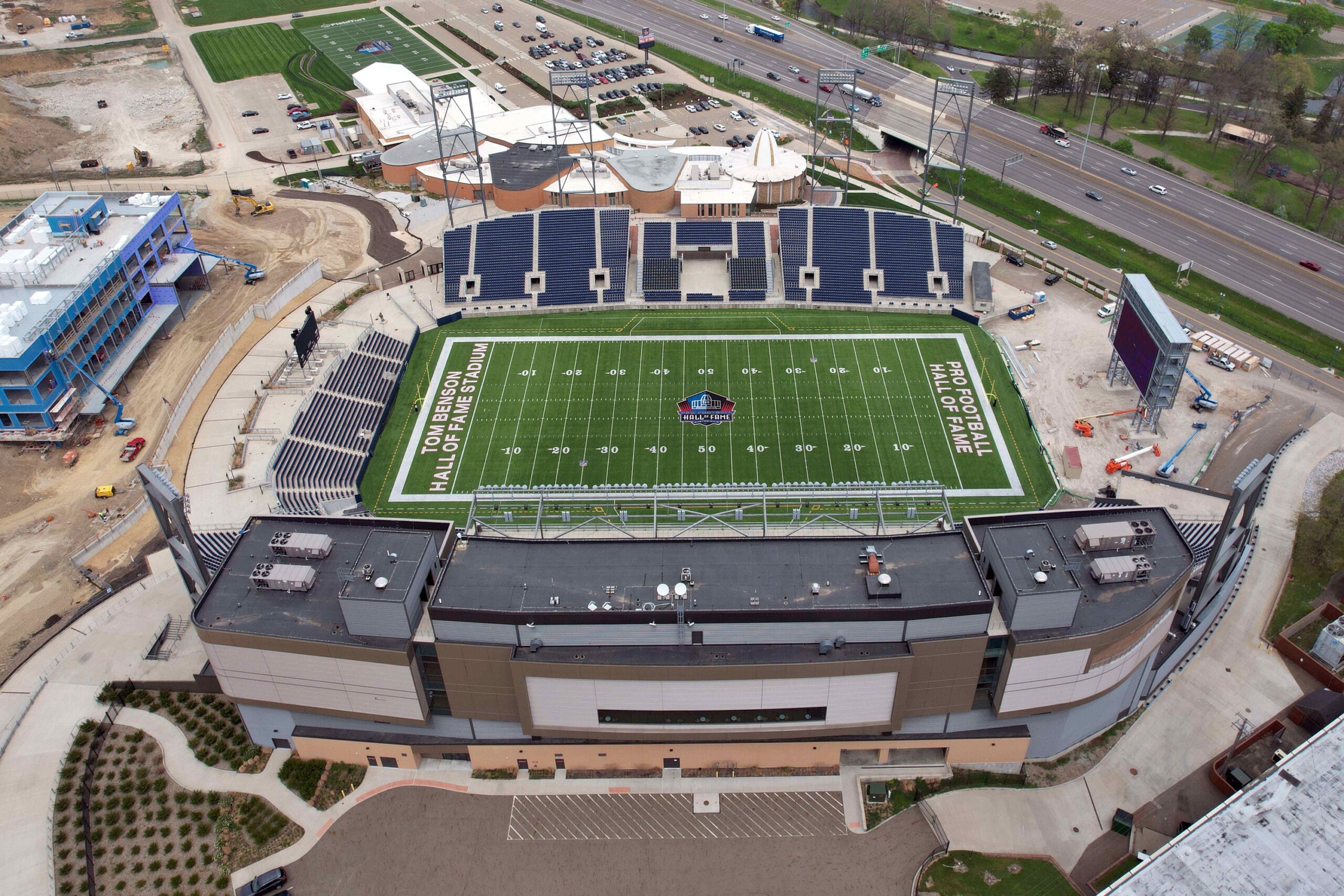 On August 6, all eyes will be on the Pro Football Hall of Fame Class of 2022. But before then, the NFL Hall of Fame Game kicks off the festivities in Canton, Ohio. Which teams will face off in the contest, when is the kickoff, and where will it take place?

The 2022 Hall of Fame Game will begin the preseason with the Las Vegas Raiders stepping on the field against the Jacksonville Jaguars. It will be a game of firsts as fans get to see new head coaches Josh McDaniels and Doug Pederson at the helm of their respective franchises. Derek Carr and Davante Adams will be on the same sideline for the first time since their days at Fresno State. And we’ll see the No. 1 overall pick and 6’5″, 272-pound athletic marvel that is Travon Walker suit up for the Jaguars.

Who is playing in the Hall of Fame Game?

The 2022 Hall of Fame Game is Jacksonville’s first appearance since 1995, the very first game in franchise history. While they aren’t strangers to the fixture, it will only be the Raiders’ fourth bid and first as Las Vegas.

Hall of Fame Game participants, along with the Hall of Fame inductees, are announced during Super Bowl week. Frequently, the teams selected have a former famed player, coach, or owner heading to Canton to maximize intrigue in the occasion.

From 1971 to 2010, the matchups included one team from each conference (AFC and NFC). However, this trend stopped in 2011 and transitioned to choosing teams with a distinguished alumnus being inducted that year.

History of the Hall of Fame Game

The New York Giants and the then St. Louis Cardinals battled in the first-ever Hall of Fame Game in 1962. The game unceremoniously ended in a 21-21 tie. The most recent bout featured the Pittsburgh Steelers cruising to a 16-3 victory over the Dallas Cowboys.