Formula 1’s owner, Liberty Media, has bought land in Las Vegas for $240 million, as it presses on with plans for next year’s race.

Las Vegas will return to the F1 calendar from 2023, with a night race due to take place at a new street track on a Saturday night in November.

In order to build a pit lane and paddock complex, among other requirements, F1 has purchased 39 acres of real estate (more than 150,000 square metres) to the east of the famous Las Vegas Strip. 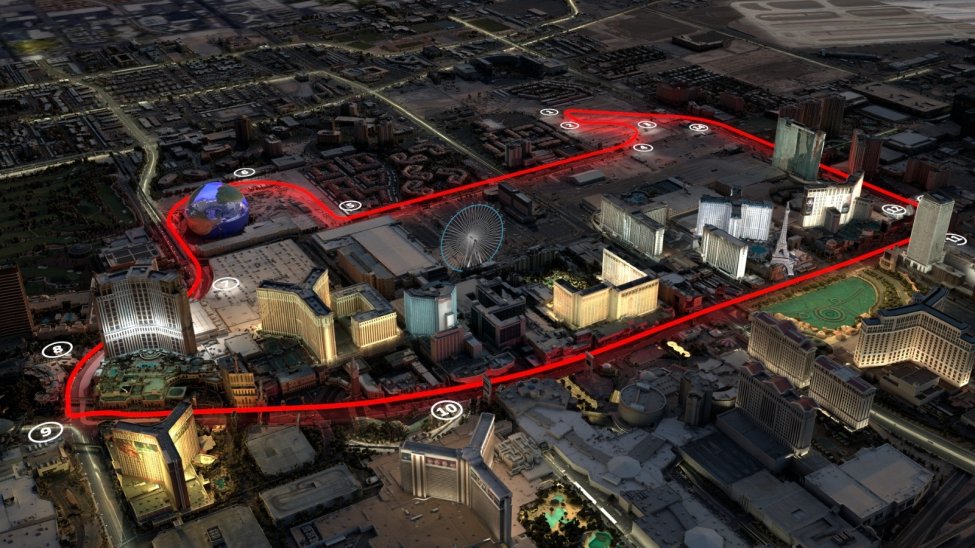 Greg Maffei, CEO of Liberty Media, recently explained the move, which guarantees a suitably-located paddock for a circuit that will run along the Strip and take in many of the city’s famous sights.

„Formula 1 and Liberty Media are self-promoting the race in partnership with local stakeholders and Live Nation,“ explained Maffei.

„I would note that Liberty Media did enter an agreement to acquire 39 acres east of the strip to lock in circuit design and create capacity for the pit and paddock.

„Among other hospitality and race support venues, I expect that transaction will close in the second quarter and the purchase price was $240 million.

„It will be funded by cash on hand at the Formula One Group level.“

With a ‘permanent’ pit and paddock complex in place, it will avoid a huge logistical operation – namely the assembly and disassembly of various temporary buildings in a crowded city – every time F1 visits Las Vegas.

Las Vegas will become the third United States-based race on the Formula 1 calendar next year, joining Austin and Miami, as the sport continues to build its presence across the country.

F1 CEO Stefano Domenicali noted the huge impression the Vegas announcement made on social media when the news was revealed in March.

„In the 24 hours following the official announcement, Las Vegas resorts saw more requests for hotel room reservations than any other one-day period in their history,“ said Domenicali.

„It is precisely these opportunities that led us to take on the promoter role for this race. We believe acting as promoter will provide us with valuable insight across the globe.“