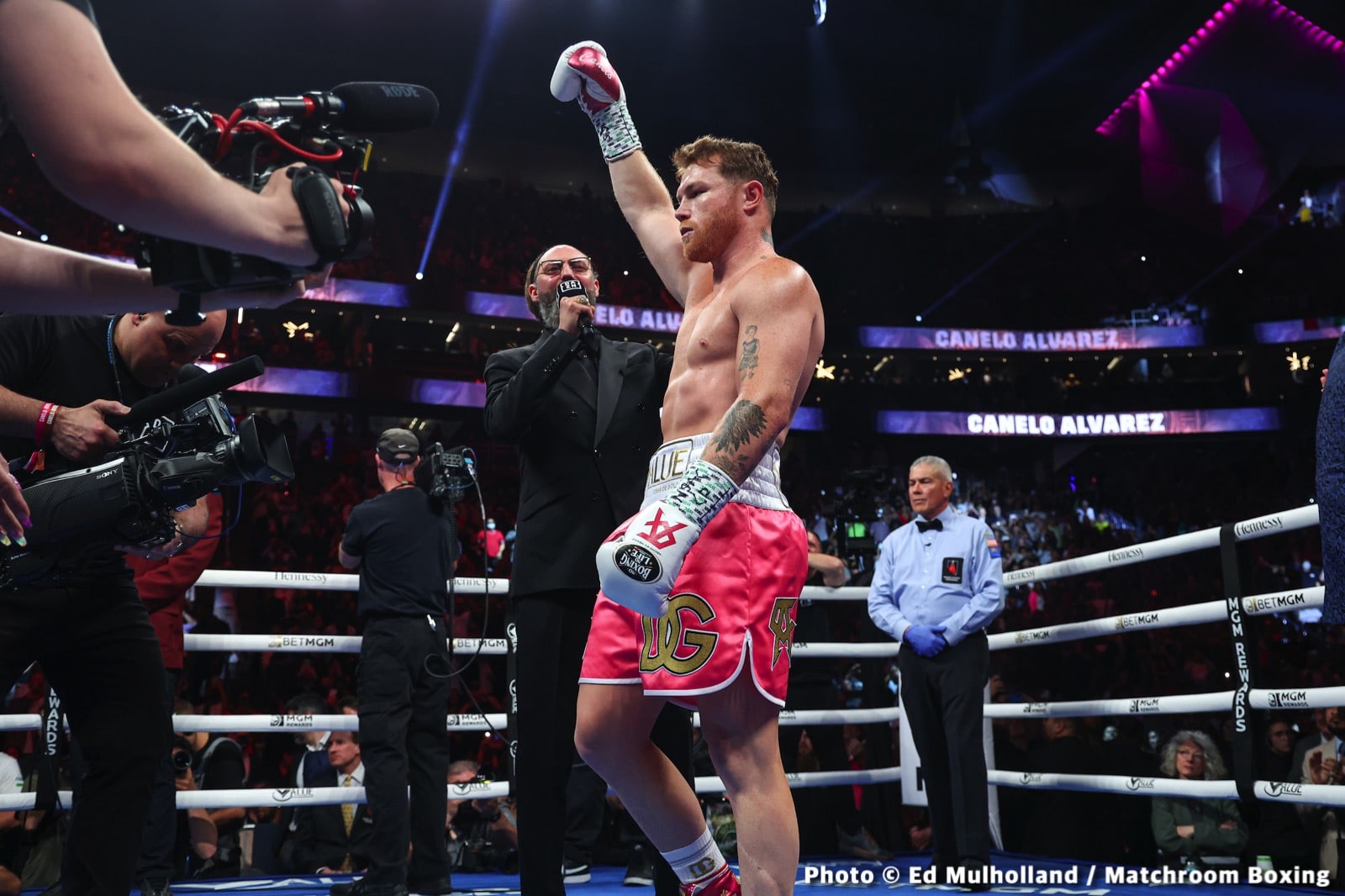 Unified junior middleweight champion Jermell says you can’t fault Canelo (57-2-2, 39 KOs) for going up to light heavyweight and coming up short against the unbeaten Bivol (20-0, 11 KOs) in fighting out of his weight class.

Canelo took a chance by going up in weight against one of the best fighters in the 175-lb division in Bivol, and it was a little too much of an overreach on his part.

Despite having a size advantage, Bivol just barely edged Canelo by a 12-round unanimous decision, winning by the scores 115-113, 115-113, and 115-113 at the T-Mobile Arena in Las Vegas, Nevada. Whether fans agreed with those scores matters little.

The judges are the ones that score fights, so you’ve got to honor how they judged the contest.

Charlo says he’d like for his twin brother Jermall (32-0, 22 KOs) to get a crack against Canelo. There’s a possibility that Canelo could face Jermall next year, as long as he’s not discouraged by a potential second loss to Bivol.

According to promoter Eddie Hearn, Canelo wants a rematch with Bivol at 175, and that’s going to be a difficult one for him to try and win.

“You can’t fault him; he’s a true champion for trying to achieve major things in the sport,” said Charlo about Canelo losing to Dmitry Bivol last Saturday night.

“If everybody wanted to just be undefeated and that’s all that’s important for them, cool. But Canelo, he’s a real champion.”

It was a brave move on Canelo’s part to go up to 175 to challenge Bivol for his WBA strap.

We don’t know what Canelo was thinking in choosing to make this move, considering he struggled when he moved up to 175 in 2019 to take on the WBO champion Sergey Kovalev for his belt. Kovalev was 36 at the time.

“No, I’m 154. I don’t have no options to fight Canelo right now,” said Jermell Charlo to the media on Wednesday when asked if he’s interested in fighting Canelo Alvarez.

“I got to focus on trying to win a title right now. My brother [Jermall] wants that; that’s my brother’s work,” said Jermell about his brother WBC middleweight champion Jermall Charlo wanting to fight Canelo Alvarez in 2023.

“I’ll let my brother handle that [fight Canelo]. If I end up getting bigger in size and mass, and I try to look into the best in those weights. The next thing up for me is 160.

“I’m going to make some changes, but this is still going to be Jermell Charlo,” said Jermell about his fight this Saturday night against Brian Castano.