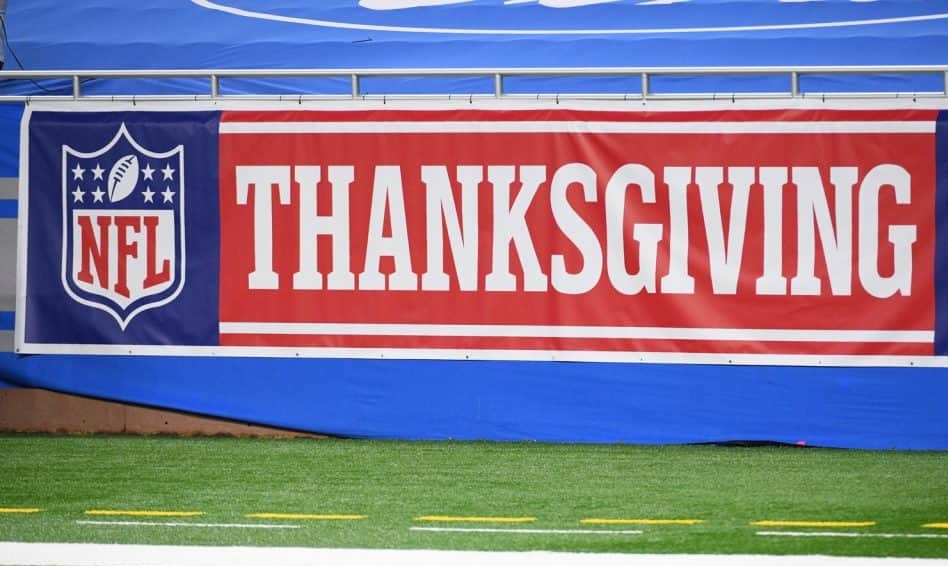 The NFL Thanksgiving games have become part of the holiday tradition, and 2022 will be no different with another tripleheader on deck. Speaking of tradition, the Detroit Lions and Dallas Cowboys will continue to host their respective games. Then, a fantastic final matchup will finish off the day. Let’s take a look at the 2022 Thanksgiving day games and briefly examine the tradition of football on the holiday.

Seeing three competitive games on Thanksgiving has become a rarity in recent years. Last year was as close as we have come, with the Bears defeating the Lions by two points before the Raiders beat the Cowboys in overtime. Unfortunately, the day’s final game ended in a 31-6 demolition of the Saints by the Bills.

Will this year’s matchups serve up a day of exciting football? Let’s take a look at which four teams will join the Lions and Cowboys in playing on Thanksgiving and where and when you can watch the games.

The history of the NFL on Thanksgiving

Games of football being played on Thanksgiving can be traced all the way back to 1876, when Yale and Princeton began their tradition of facing each other. Right from the beginning of the NFL’s formation, the league played on Thanksgiving. In 1920, the then-American Professional Football Association played six games on Thanksgiving. In those six contests, six teams failed to score a point, one game ended in a 0-0 tie, and only 85 combined points were scored.

The Lions have played a game every Thanksgiving since 1934, with the Cowboys joining them as the second permanent host in 1978. Those two contests were the only NFL games played on Thanksgiving until 2006. That year, the NFL moved to three games on Thanksgiving. The Lions and Cowboys remained the hosts of the two early games, while the third matchup sees a different host every season. The 2022 NFL Thanksgiving games will feature the 16th tripleheader after the 2020 game was postponed due to COVID.