McLaren’s Zak Brown believes that there are potentially some lessons that Monaco could take from the likes of the inaugural Miami Grand Prix weekend.

There has been some speculation over the future of the Monte Carlo race in recent months, with the event’s contract yet to be extended beyond 2022.

However, the President of the Automobile Club de Monaco, Michel Boeri, recently moved to quash any suggestions of the Monaco Grand Prix being dropped from the calendar, and the likes of Lewis Hamilton have voiced their support for the race to remain on the schedule.

But, with new venues continuing to be added to the F1 line-up, Brown thinks that this highlights certain events that „need to be worked on“.

What can Monaco learn from Miami?

„I think there’s a lot of great events on the Formula 1 calendar now,“ Brown told media, including RacingNews365.com.

„Singapore, Miami, Silverstone, and they all have different brands, and kind of [differ in] how they put on events, because what works in America is different than the UK and then Singapore, etc.

„So I think we’re fortunate that we have 23 fantastic Grands Prix, probably 18 that are spectacular, five that need to be worked on.“

Brown has suggested that race organisers now need to be aware of the „commercial realities“ of modern-day F1.

„I think Monaco is definitely a crown jewel, [it’s] been around for a super long time,“ the McLaren CEO said.

„I think they’ve always had a very favourable commercial deal, and I think that’s what Formula 1 is looking to do, which is to get them more in line, understand and respect what they bring to the table, but also get caught up to where the commercial realities of Formula 1 are today.“

Прочети:  Sainz says he has tricks up his sleeve in push to catch Leclerc

Can some races survive on the F1 calendar?

With more new races joining the F1 schedule – including a visit to Las Vegas added for 2023 – Brown was asked whether those races that „need to be worked on“ can still keep their place on the calendar.

He thinks that a rotational system could work well in future.

„Stefano [Domenicali, CEO of Formula 1] said he’s got demand for up to 30 Grands Prix, which we obviously wouldn’t be able to do,“ Brown explained.

„I think we’re at maximum number of Grands Prix. I think we’re in favour of trying to accommodate as many great countries [and] cities that want to host a Grand Prix, but [we’d be] looking to go to some sort of rotational system.

„So I think an ‘every other year’ scenario on some Grands Prix would maintain the level of interest in those Grands Prix, [and] allow us to expand the calendar or the markets we’re in without expanding the race calendar itself, because I think we all believe we’re at capacity.“ 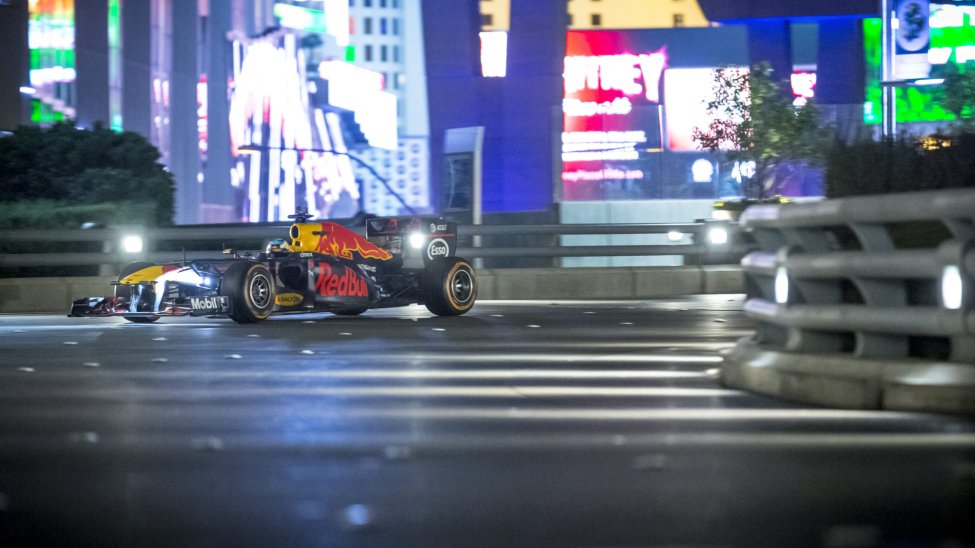 Ahead of the 2023 event in Las Vegas, Formula 1’s owner, Liberty Media, has bought land in the area for $240 million, in order to build a pit lane and paddock complex.

Brown was quizzed on his thoughts about this and, while he was not aware of the purchase, the team boss was full of praise for the „commitment“ shown by Liberty.

„I think Liberty’s commitment to Formula 1 has been awesome,“ he commented.

„I think the fact that Liberty is putting skin in the game in certain parts of the business shows their commitment, and they’re doing that because they think it’ll help it grow, which is good for them and good for us.

„So I haven’t heard specifically that they’d done that [purchasing land in Las Vegas], but, generally, I think Liberty is doing all the right things in Formula 1.“