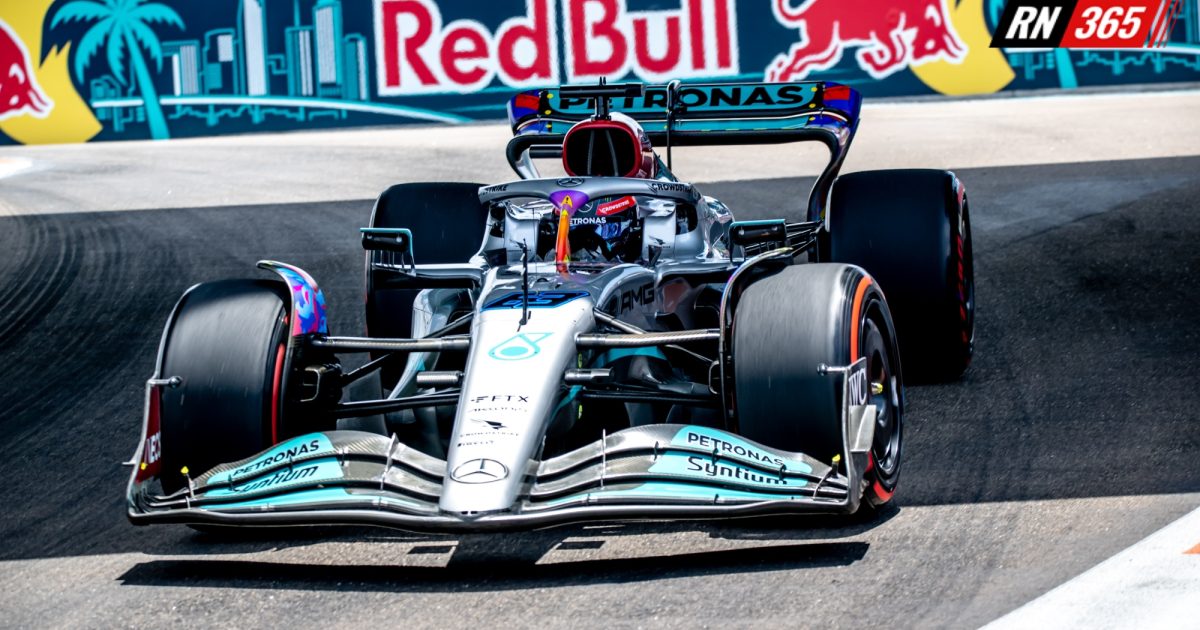 Mercedes feel that they made progress with one of the upgrades they brought to the Miami Grand Prix, despite the weekend proving to be another difficult one for the team.

With the need to bring updates alongside the issue of solving the problems that the W13 has been experiencing – such as porpoising – the Silver Arrows have two tasks on their hands as they look to unlock the potential of their car.

However, in terms of upgrades, Technical Director Mike Elliott says that there were positive signs from one of the changes made for the event in Miami.

„I think it is important to differentiate two things: one is the normal upgrade path, and the other one is fixing the issues that we are having with bouncing and other things that are compromising the performance,“ Elliott explained in a race debrief video released by the team.

„So, the wings that we brought definitely brought us the performance that we were expecting, and were a step forward.“

In terms of addressing their struggles with bouncing, Elliott believes that the squad collected some more valuable data at the Miami International Autodrome.

„The experiments we were doing on track [in] trying to understand the bouncing, we gathered a lot of data [for],“ he said.

„We gathered a lot of data on Friday, when we had strong performance, and we gathered data through the race, and as always, the engineers are pouring through that, gaining understanding.

„In fact, every time we run the car we learn something new, and that is the aim of the game. The game is to try and understand the car faster than our competitors.“

Mercedes still on the „back foot“

With George Russell and Lewis Hamilton unable to match the Ferrari and Red Bull cars in Miami, the team are still lagging behind their competitors.

However, Elliott is hopeful that all of the work being put in by the Brackley-based outfit will pay off.

„Although at the moment we are on the back foot a little bit with that, there is a huge amount of effort, a huge amount of work going in to try to understand how we improve the car,“ he continued.