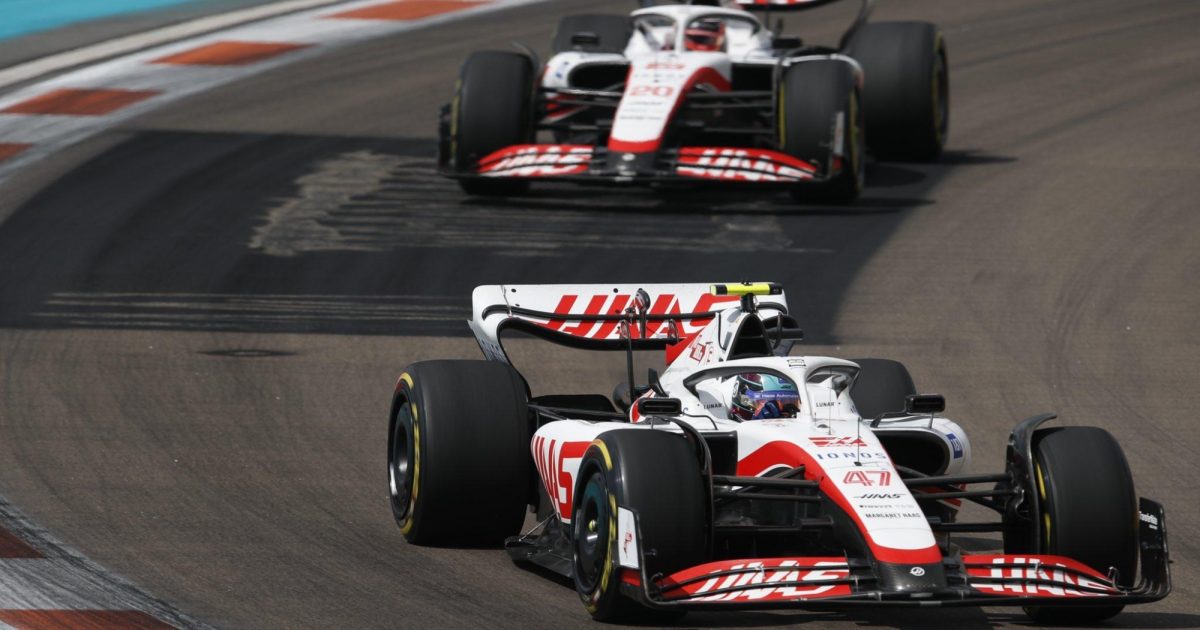 Guenther Steiner admits that Mick Schumacher needs to work towards the level of performance displayed by his new teammate Kevin Magnussen.

In 2021, Schumacher outperformed fellow rookie Nikita Mazepin. However, since Magnussen’s surprise return to Haas following Mazepin’s departure just before the start of the season, the Dane has mostly had the edge over the younger driver.

Magnussen has scored points at three out of five races so far in 2022, while Schumacher is yet to get his name on the board, with his best result being a P11 at the Bahrain Grand Prix.

Steiner believes that working alongside the more experienced Magnussen has been a good reference point for Schumacher, and that the German now needs to get on a par with his fellow Haas driver.

Steiner points to „opportunity“ for Schumacher

When asked whether he had seen Schumacher take a big step between this season and last, Steiner told media, including RacingNews365.com: „I wouldn’t say a big step over the winter.

„I think, [with] this year, he had a reference, and there was a reason why we took Kevin back. We know what he can do.

„Obviously, Kevin is a good driver, and for Mick now he has got a reference, and he just needs to come up to that level.

„But he knows that, and he has got a good opportunity to do that. He will take it at some stage, hopefully sooner [rather] than later, because we would like him to score points as well, like a lot of other people.“

How the challenge has increased for Haas

Steiner admits that he has warned Schumacher of the challenges the team face now that they are fighting further up the grid.

Прочети:  Ocon will do all he can to protect French GP’s future

„He is maturing, and this year I told him, [the] higher up we get, the thinner the air is getting,“ the Team Principal explained.

„It’s getting more and more difficult, the higher up in the standings we are. Getting into the points is not easy, because there’s a lot of good people there and a lot of good teams there, so hopefully he can get his first point soon.“

Haas currently sit eighth in the Constructors’ Championship, thanks to the 15 points scored by Magnussen.