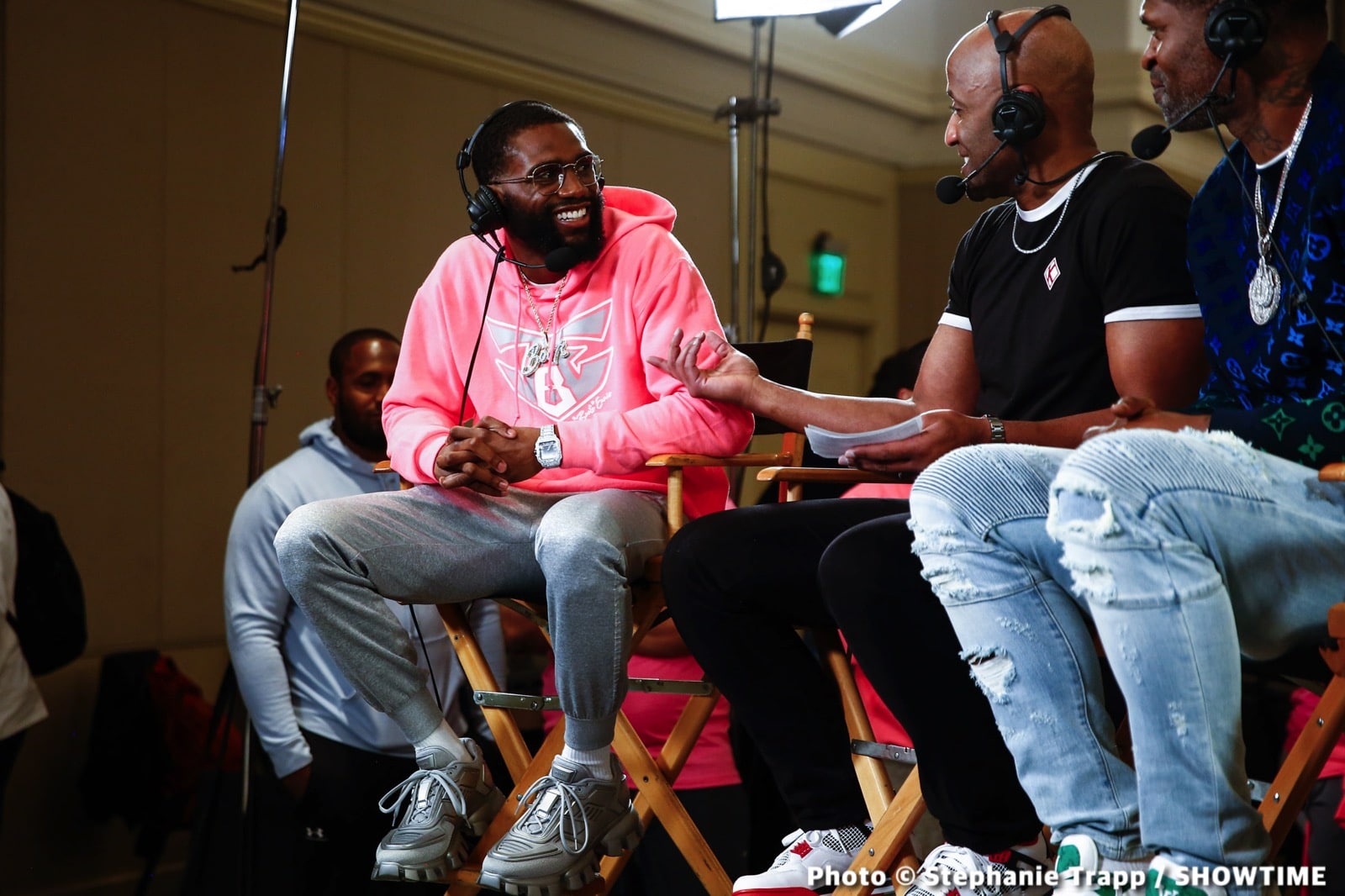 By Brian Webber: Unbeaten welterweight contender Jaron ‘Boots’ Ennis (28-0, 26 KOs) is planning on using his co-feature bout tonight against Custio Clayton (19-0-1, 12 KOs) as a platform to increase his popularity with casual boxing fans that have never seen him in action.

Ennis, 24, and the 2012 Canadian Olympian Clayton are fighting in an IBF welterweight title eliminator.

The winner will be the mandatory challenger to IBF champion Errol Spence Jr, but the victor will likely be fighting for the vacant title later this year.

The undefeated Boots Ennis, who many feel is the next superstar in the 147-lb division to replace the outgoing Errol Spence Jr. and Terence Crawford, both of which will be moving up to 154 in 2023.

Boots is arguably the most talented fighter on tonight’s card, superior to the main event fighters Jermell Charlo and Brian Castano.

Many believe that Ennis is talented enough to beat Charlo and Castano if he were moved into the main event to challenge either of those two 154-lb champions for their belts.

Ennis wants to knockout Clayton within six rounds, and he says it won’t help the 34-year-old if he tries to run from him to delay the inevitable.

“I’m ready to put on a show and continue to make these big statements to show the world who the best welterweight is,” said Jaron ‘Boots’ Ennis to Showtime Sports.

“I can’t wait; I’m ready. That’s what they all say, but as soon as they get touched, they change their whole game plan,” said Boots Ennis when told that Clayton wants to go to war with him tonight.

“They say that every time, but after the sixth round, I get stronger and stronger as the rounds go on. The beating is going to be worse,” said Boots Ennis when told that Clayton may choose to box him in the early going and try and drag him into the later rounds.

“I like the main event. I think [Jermell] Charlo is going to get him [Brian Castano] this time. I think he’s going to stop him.

“I definitely look forward to that,” said Ennis when asked if he wanted to take on Errol Spence. “I got to handle business on Saturday night, and after I shine and do my thing, hopefully, I can get Errol Spence. If not, Errol Spence, the next big name. It doesn’t matter who it is.

“I can’t wait to shine and put on a beautiful show,” said Boots.

Was Canelo daring to be great, or was he simply deluded?